SINGAPORE (Reuters) – Singaporean households, corporates and banks have seen an increase in financial vulnerability this year, the city-state’s central bank said on Friday, warning people to be prudent about taking on more mortgage debt.

The higher vulnerability was mostly due to the unwinding of pandemic-related precautionary buffers, the Monetary Authority of Singapore said in its annual financial stability review.

The central bank noted, however, that households – especially those in lower-income groups – should be prudent when committing to mortgage loans, given financial conditions were expected to tighten further in coming quarters.

It said housing loans remained the key driver of a rise in household debt, contributing 2.7 percentage points to the overall 3.1% year-on-year growth in the third quarter of 2022.

The silver lining was that the credit quality of housing loans had improved over the past year after tighter rules were introduced in December last year.

Globally, the Monetary Authority of Singapore expects growth to slow sharply over the next year with inflation likely to remain “significantly” above the target of many central banks.

Singapore’s central bank said the risk of inflation and interest rates remaining higher for longer than previously expected will worsen the debt burden for vulnerable households and businesses, putting greater stress on banks.

“However, banks are better positioned than in the Global Financial Crisis to manage these credit risks and absorb losses,” said the central bank. 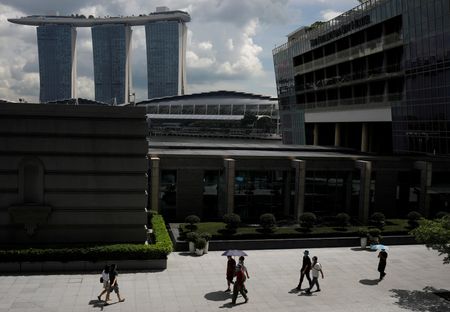 Biden’s Fed nominees to have Senate hearing next week

NFL-Cardinals announce plans to have sports betting in stadium