By Anshuman Daga and Aradhana Aravindan

“This is a serious disruption and the Monetary Authority of Singapore (MAS) expects DBS to conduct a thorough investigation to identify the root causes and implement the necessary remedial measures,” Marcus Lim, an assistant managing director from the banking and insurance team at MAS, said in a statemtent.

Earlier in the day, DBS assured customers on Wednesday that their deposits and monies were safe despite the technical issues.

The disruption, including to its payments app, is the biggest suffered by Southeast Asia’s largest bank since a major glitch in 2010 left customers unable to withdraw cash from ATMs for hours. That resulted in the MAS taking supervisory action on it.

The latest disruption drew the ire of customers just hours after DBS announced a fix after the first day of outage.

“Yesterday, we identified a problem with our access control servers and this is why many of you have been unable to log in,” Shee Tse Koon, Singapore country head of DBS, said in a video message on Facebook.

He said DBS and its third-party engineering providers had fixed the issue and services were restored just after midnight but the problem recurred on Wednesday morning.

“I want to assure you that your deposits and monies are safe,” said Shee, adding customers could use the bank’s branches and phone banking services.

DBS operates in places including Indonesia, India and Hong Kong, but its biggest retail and wealth management market is at home in Singapore, where it is the market leader in retail banking.

Over the past decade, Group CEO Piyush Gupta has steered the bank into investing billions of dollars to upgrade its technology infrastructure as it embraced cloud computing and digitised its services.

The bank’s Facebook post attracted more than 2,500 comments, with users saying they were unable to log onto their digital bank accounts, while some asked for compensation.

“A component of the banking infrastructure can bring the entire service down for more than 24 hrs and counting,” user Tan Kim Lam said. “A bit unacceptable in current day expectations and standards.”

The outage comes ahead of online-only banks launching in Singapore next year.

“The downtime is too long. Disappointed. Time to switch Bank. Am expecting DBS to do better than this,” user Samson Joseph said on Wednesday. 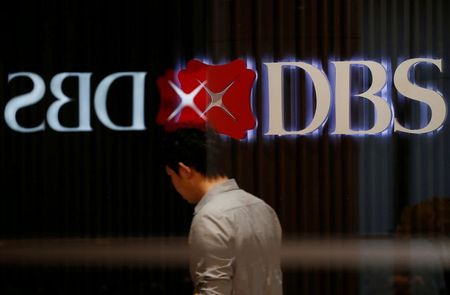 Amazon to pay shoppers hurt by others’ products, does not admit liability