BERLIN (Reuters) – Shares in Siemens Healthineers rose on Wednesday after the German health group said it expected its newly-acquired Varian business to grow faster than other divisions in the coming three years, boosting the group’s revenue.

Healthineers said revenue at Varian, the U.S. cancer treatment specialist it bought earlier this year in a $16.4 billion deal, should grow between 9% and 12% each year with operating return on sales rising to well over 20% until 2025.

The company raised its synergy targets from the Varian takeover to more than 350 million euros ($396 million) by 2025, from a previous goal of 300 million euros.

Shares in Healthineers were up 4.8% at 0822 GMT, topping the German blue-chip index.

“With fiscal year 2022 we started the next chapter of strategy 2025,” Chief Executive Bernd Montag told the company’s Capital Markets Day.

Healthineers will focus more on fighting cancer, cardiovascular and neurovascular diseases, leveraging its market position in imaging and robotics. 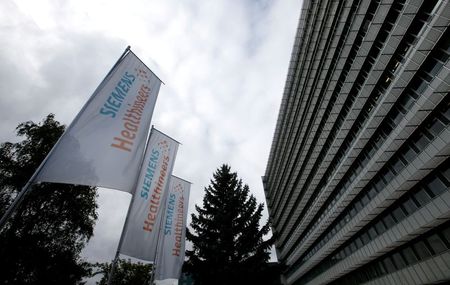 Audi aims to sell one million cars in China in 2023