Traffic rose about 13% in the second quarter, in sharp contrast from a year ago when customers mainly relied on the company’s speedy delivery services for their shopping needs.

Along with larger rival Walmart’s results from a day earlier, Target signaled a return to pre-pandemic behavior among U.S. shoppers as vaccinations and eased restrictions encourage more people to step out.

“We believe that America still embraces stores and the traffic we are seeing tell us that stores continue to play an important role,” Target’s Chief Executive Officer Brian Cornell said.

Executives also signaled a “meaningful” change in the use of online services, citing a 55% rise in same-day offerings such as in-store pickup and Drive Up while sales on orders shipped directly to home fell.

The retailer projected high single-digit sales growth for the second half of the year, betting on the strong start to the back-to-school season, at a time when supply chain disruptions, higher labor costs and the fast-spreading Delta variant threaten an economic recovery.

“The main risk for Target (and much of retail right now) is rising input costs and pass through power given the competitive environment. .. Target’s productivity initiatives and sales leverage should enable them to show an attractive return,” Evercore analyst Greg Melich said.

Target’s Cornell said the company was not seeing any adjustment in consumer behavior so far due to Delta.

Shares of Target, which announced a new $15 billion share repurchase program, slipped 1%, having gained about 45% this year.

(Reporting by Aishwarya Venugopal in Bengaluru; Editing by Sriraj Kalluvila) 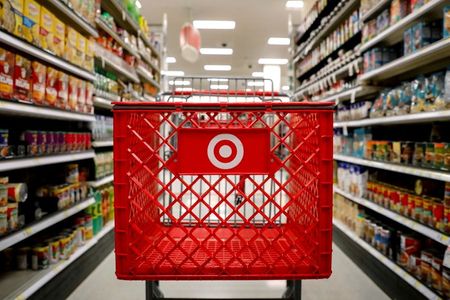 TikTok to increase Irish staff to 1,100 in rapid expansion

Investors stick to stocks, but gear up for bumpier ride