By Ron Bousso and Sabrina Valle

LONDON/HOUSTON (Reuters) -Royal Dutch Shell is considering making it mandatory for workers in some operations to get COVID-19 vaccinations or risk being fired, an internal company document seen by Reuters shows.

The Anglo-Dutch energy company’s decision comes as the Biden administration on Thursday said it will press large U.S. employers to get their workers vaccinated, in a more aggressive effort to combat the growing number of COVID cases.

Companies around the world are grappling with their response to COVID-19 vaccinations as some countries struggle to inoculate their population and as some people refuse to be vaccinated.

Numerous energy companies witnessed heavy outbreaks beginning in 2020, particularly on offshore facilities, where workers are susceptible to infection because they work in close quarters for weeks at a time.

Shell, which employs some 86,000 workers in more than 70 countries, will weigh the pros and cons of the policy at an executive committee meeting on Friday, said two sources who declined to be identified. Shell declined to comment.

The largest U.S. producer, Exxon Mobil Corp, does not have a vaccine mandate, it said on Thursday. Despite the White House’s campaign to urge eligible Americans to get the free vaccines, just over 53% of Americans are fully vaccinated, according to the U.S. Centers for Disease Control and Prevention (CDC).

Shell’s internal memo, dated Sept. 1, recommends that the company should overall “stay the course with our current policy of strong advocacy for vaccination, but no compulsion,” adding however that it should consider introducing a vaccine mandate for specific operations.

That would include employees on offshore rigs where self-isolation and evacuation are complex and highly disruptive, the document said.

Those who refuse could face dismissal.

“For staff who refuse to comply with a vaccine mandate we would make all reasonable efforts to avoid terminating their employment but will be faced with no alternative but to do so,” the document said.

Shell’s trading division has already requested a vaccine mandate “because social distancing is impossible to achieve on a trading floor.”

The company is also already actively exploring the introduction of the policy for offshore workers in the Gulf of Mexico, the document said.

Shell has already adopted a “soft enforcement” vaccination policy in the Gulf of Mexico and in the onshore Permian shale basin operations under which employees and contractors must produce a negative COVID-19 test or proof of vaccination to access Shell sites, the document said.

Shell rival BP Plc said in a statement that for now it doesn’t have any specific vaccination mandates in place, other than where required under any national or local rules.

The internal Shell document was first reported by the Financial Times on Wednesday.

The company is deferring to those vaccinated to use their best judgment and consider wearing masks when in crowded areas for extended periods of time.

“We will continue to monitor guidance from health organizations and the effectiveness of our mitigation efforts, and make adjustments if and when they are needed,” Exxon’s spokesperson Casey Norton said.

Suncor Energy, Canada’s second-largest oil company, said on Thursday it is expanding mandatory COVID-19 testing at locations across North America for people who have not received two doses of vaccine, but is not mandating vaccinations.

Some smaller Gulf of Mexico producers, including QuarterNorth Energy Holding Inc, have not yet introduced vaccine mandates. 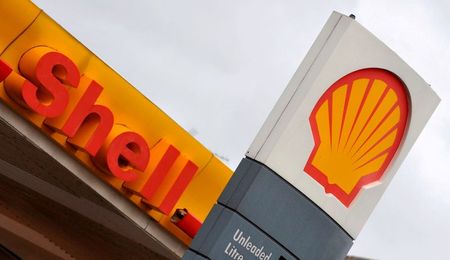 Exxon to sell elastic polymers business to Celanese for $1.15 billion

Back to basics may propel Harley’s profit although Street is wary...

Japan Airlines looking to tap banks for $2.8 billion in funding:...