TOKYO (Reuters) – European stocks were on track for a sixth successive week of gains on Friday and government bond yields globally traded near multi-week lows as investors reacted to positive data and signs central banks may not hike rates as aggressively as feared.

Europe’s STOXX 600 was little changed on Friday and heading for a 1.5% weekly gain, its sixth weekly percentage gain in succession, after taking a battering earlier this year

“The correction had affected all major asset classes with the exception of the dollar and hard commodities and it’s now a big reversal of that,” said Olivier Marciot, head of investments, for multi-asset, at Unigestion.

“The pace of the (central bank) tightening cycle was unprecedented and created that shock, and now that specific factor is stabilizing it creates lift for all asset classes.”

The U.S. Federal Reserve has raised interest rates aggressively throughout this year, but a “substantial majority” of Fed policymakers agreed it would “likely soon be appropriate” to slow the pace of interest rate rises, minutes of their latest meeting showed on Wednesday.

Expectations that the peak in rates is approaching were raised earlier this month when U.S. October inflation data came in cooler than expected.

Futures markets show investors now see U.S. rates peaking just above 5% around May, and are pricing in roughly two-thirds odds that the Fed slows to a half-point hike on Dec. 14 after a string of 75-basis-point increases.

Investors in European stocks are treating positive economic data as a reason to buy, and took heart from Wednesday’s data showing the German economy expanded by 0.4% on the quarter and by 1.3% on the year – slightly above expectations – thanks to greater household spending.

S&P 500 futures are up 0.15%, though trading is likely to be subdued after Thursday’s Thanksgiving holiday.

Currency markets also reflect the recent improvement in risk sentiment, with the safe-haven dollar set for a weekly softening against most G10 currencies including the euro, pound and Japanese yen. [FRX/] GBP=D3>

Sterling has been one of the better performers and hit a three-and-a-half month high of $1.2153 on Thursday.

Asian shares were struggling more than their European peers after China reported another record rise in daily COVID infections, with cities nationwide imposing localised lockdowns, mass testing and other curbs, snuffing out recent hopes the country would phase out strict zero-COVID policies.

“Investors are right to be worried,” said ING economist Rob Carnell. “China doesn’t have the adequate health network that they would be able to deal with a full-on outbreak with lots of people getting sick.”

“Medium-term living with COVID is a nice dream, but how do you get there?,” Carnell added.

After market close, China said it would cut the amount of cash that banks must hold as reserves, releasing about 500 billion yuan ($69.8 billion) to prop up the faltering economy. 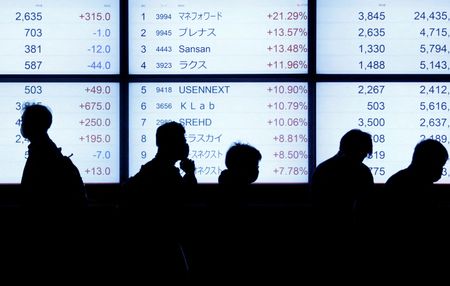