By David Shepardson and Tracy Rucinski

The lawmakers said the airlines “continue to sit on more than $10 billion in unused flight credits and are still refusing to return consumers’ hard-earned money, more than a year after the pandemic began.”

Without removing expiration dates, “your company may be encouraging travelers to fly before they feel safe boarding a plane, lest they lose tickets that they have already purchased,” they added.

On Friday, trade group Airlines for America representing American Airlines, United Airlines, Delta Air Lines, Southwest Airlines and others told the senators in a letter that major U.S. airlines issued $12.84 billion in cash refunds to customers in 2020 as the coronavirus pandemic upended the travel industry.

Airlines have faced criticism over their handling of redemptions for flights canceled during the pandemic.

In the letter, reviewed by Reuters, Nicholas Calio, the group’s chief executive, said U.S. airlines had maintained a steadfast commitment to the traveling public during the pandemic and issued refunds in accordance with all federal laws and regulations.

The cash refunds, which accounted for about 20% of airline revenues last year, came on top of billions of dollars of travel credits that are now being used “at a rapid clip” to book fresh flights, he said.

The redemption of vouchers currently accounted for 10% to 15% of carriers’ monthly ticket sales and was expected to increase in coming months as the pandemic winds down, Calio added. 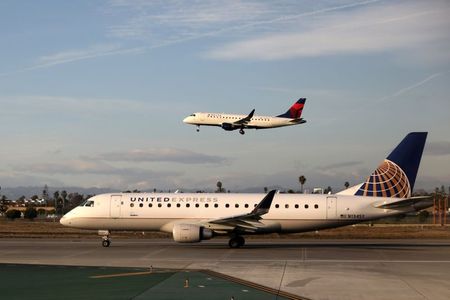 Analysis-As oil prices skyrocket, fund managers hop on board for the...