(Reuters) – The search for a new chief of the Boston Federal Reserve Bank will be “comprehensive, rigorous and open,” with details to be announced soon, a spokesman for the bank said on Tuesday.

Boston Fed President Eric Rosengren and Dallas Fed President Robert Kaplan abruptly announced their imminent retirements Monday amid questions about the ethics of their securities trading last year as the Fed took extraordinary action to support markets and the economy.

The trading uproar and the subsequent departures bring an unaccustomed spotlight to the U.S. central bank’s regional outposts, whose chiefs are picked not by the White House but by local boards of directors, with input from and approval by the Fed’s Board of Governors.

Though Fed Chair Jerome Powell says that diversity is a top priority for the institution, Fed bank president searches have drawn criticism for their limited success in that regard.

Of the 12 Fed bank presidents, seven – including the two outgoing Fed bank chiefs – are white men.

In recent years the Fed has made a concerted effort to lay the groundwork for a more diverse Fed leadership by handpicking a more diverse set of directors to lead the Fed bank boards.

The question now is whether that strategy will pay off.

“We need Fed leadership that has the economic interests of the public at heart and is as diverse as the country they represent,” Fed Up Campaign Director Benjamin Dulchin said after Monday’s resignations.

Fed banks typically engage the services of a search firm to assist in hiring a new chief. Neither Boston nor Dallas has yet done so.

A Dallas Fed spokesman provided no immediate details on the upcoming search. 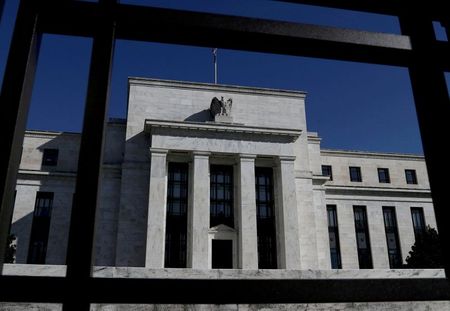