SHANGHAI (Reuters) – Schroders has obtained Chinese regulatory approval to set up a wholly-owned mutual fund unit in China, as Beijing accelerates opening up its giant financial sector to foreigners.

China abruptly dismantled its strict, three-year zero-COVID policy in early December, and the government has apparently stepped up efforts to woo foreign companies and investors to aid an economic recovery.

The China Securities Regulatory Commission (CSRC) gave the green light to Schroders late on Friday, allowing the British asset manager to expand its footprint in China, where Schroders already owns a mutual fund venture, as well as a wealth management venture.

Setting up a wholly-owned retail fund business in China is testament to Schroder’s long-term commitment to the country – a key component of the group’s global strategy, the company said in a statement.

Obtaining the go-ahead from the CSRC is a crucial step that strengthens Schroder’s confidence to expand business and investment in China, Global Head of Distribution Lieven Debruyne said in the statement.

China scrapped foreign ownership caps in its $3.7 trillion mutual fund industry in 2019, and BlackRock become the first foreign asset manager to open a fully-owned retail fund business in the country.

Other players seeking such a licence include VanEck and AllianceBernstein. 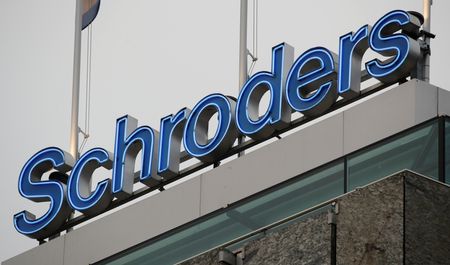 Reactions to Russia saying gas buyers must pay in roubles

The New Jet Set: How the COVID-driven boom in private jets...