STOCKHOLM (Reuters) – Truckmaker Scania, part of Volkswagen AG’s commercial vehicle arm Traton SE, will halt production at its European truck plants this week due to the shortage of semi-conductors, it said on Monday.

A global chip shortage during the past year has caused a major delay in manufacturing activity and forced several automakers to cut down on production.

Scania is pausing production at its truck plants in Sweden, France and the Netherlands for the whole week, a company spokesperson said.

“They are now keeping it up for a few days when we are holding back here in Europe,” she said.

Delivery disruptions are currently affecting operations negatively at 70% of Swedish manufacturing companies, according to a survey published on Monday by Silf/Swedbank.

Sixteen percent of the companies have revised production plans downwards for the coming six months due to lack of material, according to the survey.

Geely-owned Volvo Cars announced last week that it will halt production at its Gothenburg plant during this week, and AB Volvo, a rival to Scania, warned last month of further production disruptions and stoppages. 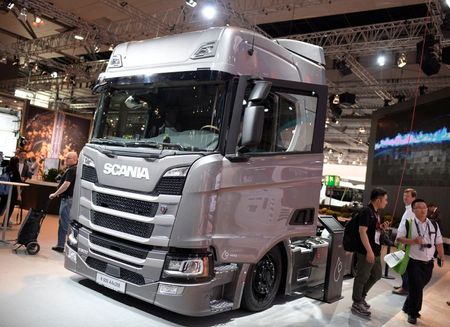