MADRID (Reuters) -Santander’s U.S. business is to buy the minority stake in its U.S. consumer unit it does not already own for around $2.5 billion, slightly more than it agreed to pay in July.

The deal values the entire Santander Consumer U.S. unit at $12.7 billion, Santander said in a statement.

Santander Holdings USA (SHUSA) said Tuesday’s offer price http://newsfile.refinitiv.com/getnewsfile/v1/story?guid=urn:newsml:reuters.com:20210824:nPn6fTdXXa&default-theme=true represents a premium of about 14% to the company’s close on July 1, when the deal was first announced.

Santander <SAN.MC> also said it had appointed Ashwani Aggarwal as its chief risk officer to oversee SHUSA and the Santander U.S. businesses.

The buyout comes at a moment when the U.S. economy is in full-swing recovery mode and follows solid earnings by Santander in the United States.

Shares in Santander were down 0.9% at 1223 GMT compared to a fall of 0.6% for the Dow Jones banking European index.

Santander recently offered to buy the 8.3% stake in its Mexican unit that it did not already own as part of its strategy to expand in emerging economies which it hopes will deliver faster growth than its core markets in Europe.

Santander said the deal would have a negative capital impact of 10 basis points at the group’s core tier one capital ratio and would be accretive to its earnings per share by approximately 3% in 2022.

Santander ended with a core tier-1 fully loaded capital ratio of 11.7% at the end of June.

A company spokesman said the transaction would also have a positive impact on the group’s earnings per share and its return on tangible equity ratio, a measure of profitability.

The transaction was unanimously approved by the boards of both the companies and is expected to close by late October or in the fourth quarter of 2021. 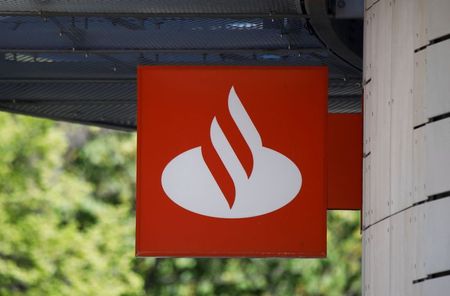 GM’s mask operation: a glimpse into the factory of the coronavirus era