SEOUL (Reuters) – South Korean prosecutors are seeking a 50 million won ($45,000) fine for Samsung Electronics vice chairman Jay Y. Lee over an allegation of unlawful use of a prescription sedative, a source with knowledge of the matter said on Friday.

The Seoul Central District Prosecutors’ Office deemed it a summary indictment, it said in a statement, applicable for less serious offences for which hearings are not held.

The office declined to confirm the amount of the fine.

The source declined to be identified.

Lee’s counsel said the medication was not unlawful as it was part of a doctor’s treatment in hospital, and it would carefully review the matter before deciding how to respond.

A South Korean independent panel recommended in March that prosecutors cease investigating Lee over allegations that he had been routinely administered an anaesthetic at a clinic.

Lee has been detained on a separate bribery charge since January and is undergoing another trial on allegations including stock manipulation. 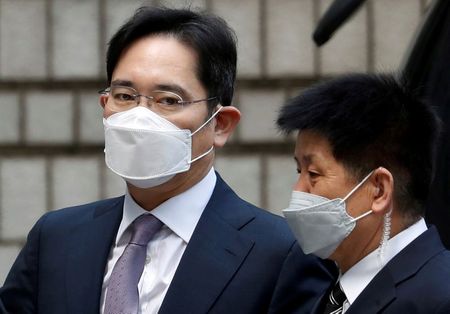