MADRID/ROME (Reuters) -Britain is lagging the aviation recovery in the rest of Europe due to confusing COVID-19 restrictions and its airports will struggle in the coming winter, Ryanair executives said on Tuesday.

“Most European markets are recuperating … the exception is the UK (where) there’s this continued confusion,” Eddie Wilson, CEO of Ryanair DAC, Ryanair Group’s largest airline, told Reuters. “It’s going to be a difficult winter for us – we’re stimulating (passenger numbers) with lower fares.”

While it would not be difficult to reach high passenger volumes over Christmas in Europe, British airports would likely struggle over the period, Ryanair Group CEO Michael O’Leary told reporters in a separate event in Rome on Wednesday.

“Places like Heathrow and Gatwick (are) struggling with … Brexit border controls and COVID,” O’Leary noted.

Both executives referenced travel debacles this summer when the UK abruptly changed the risk classifications of destinations thousands of Britons were holidaying in, causing frustration and anger amongst tourists forced to book expensive diagnostic tests and undergo lengthy quarantines.

The Ireland-based low-cost airline announced on Monday that talks with aircraft supplier Boeing over an order of MAX 737 planes worth billions had failed, with O’Leary saying he would wait up to 10 years for a downturn and the right prices. 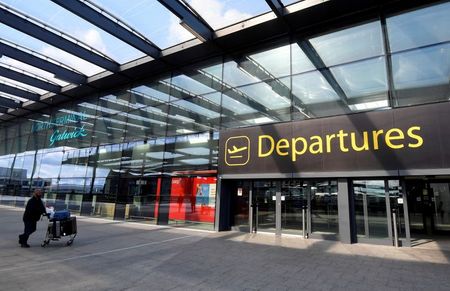 Euro zone retail sales rebound more than expected in May