BRUSSELS (Reuters) -Ryanair on Wednesday won its challenge against state aid granted to German charter airline Condor, a third victory in its fight against billions of euros in pandemic support granted to its rivals.

The Luxembourg-based General Court annulled regulators’ decision approving the measure but said Condor would not be required to repay the aid for now due to the COVID-19 pandemic and pending a new decision by the European Commission.

“The General Court annuls the Commission decision approving the state aid granted by Germany to the airline Condor Flugdienst on the ground of an inadequate statement of reasons,” Europe’s second-top court said.

Judges said the EU competition enforcer had provided inadequate reasons regarding the direct causal link between the costs resulting from the extension of Condor’s insolvency period and the cancellation and rescheduling of its flights as a result of travel restrictions related to the pandemic.

The EU executive last year cleared a 550-million-euro ($670 million) German state-guaranteed loan to Condor, a former unit of collapsed holiday company Thomas Cook which operated a fleet of more than 50 aircraft before the pandemic, saying the measure complied with the bloc’s state aid rules.

“If Europe is to emerge from this crisis with a functioning single market, the European Commission must stand up to national governments and stop rubberstamping discriminatory State aid to inefficient national airlines,” Europe’s biggest budget airline said in a statement.

The Commission said it would study the judgment before taking the next steps.

Condor, in which investment fund Attestor has acquired a 51% stake from the German state, said the ruling would not affect the company for now.

“Today’s decision of the European court has no impact on the entry of Attestor as new majority owner of Condor. As the ruling suspends the implementation … it has no impact on Condor’s liquidity,” the company said in a statement.

The German government said the Commission’s decision could be fixed relatively quickly as it was only the reasoning which was found to be wrong.

Ryanair, which has filed 16 lawsuits against the Commission for allowing state aid to Lufthansa, Air France KLM and other rivals as well as national schemes benefiting flag carriers, scored its first victories last month when the same court rejected aid given to KLM and Portugal’s TAP. 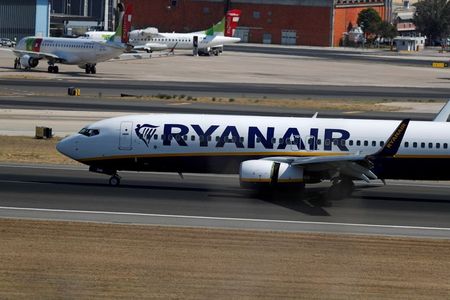 Yen’s pain is far from over and poised for worst year...