LONDON (Reuters) – The chief executive of airline Ryanair expects there to be unrestricted movement between Europe and Britain from July onwards, taking an optimistic position despite Britain’s move to further limit travel on Thursday.

“When people are travelling in July and August there will be no restrictions on travel to and from, between, the UK and Europe, because of the success of vaccines and the fact that the vaccines are effective against this variant,” Ryanair chief executive Michael O’Leary told the BBC on Friday. 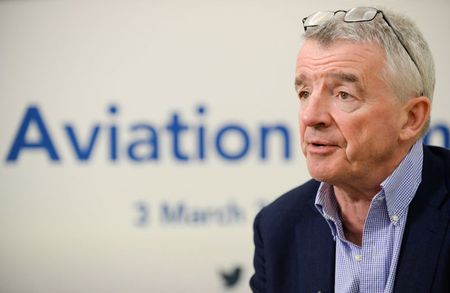 Fed to wait until 2023 to raise rates, but there is risk of earlier...

Explainer-U.S. yield curve inverts again: What is it telling us?

OPEC+ caution and money behind reluctance to pump more oil-sources