(Reuters) – Russia’s central bank said on Tuesday that it sold almost $47 million worth of Chinese yuan on January 13 to buy roubles, as it began to make up for the budget shortfall from falling oil and gas revenues by intervening on forex markets.

The finance ministry and central bank said last Wednesday that they were going to sell the equivalent of 3.2 billion roubles of yuan a day from Jan. 13 to Feb. 6 as part of Russia’s budget rule.

The budget rule means that if Moscow’s revenues from oil and gas go down, Russia will sell off foreign currency reserves to make up the amount of roubles needed for the budget.

If oil and gas revenues go up and the finance ministry earns more roubles, it will buy yuan to replenish its forex reserves.

The finance ministry wants to sell 54.5 billion roubles worth of yuan (almost $800 million) in total – that is how many roubles are needed to make up for the budget shortfall in January.

Russia’s transactions with yuan come as Moscow seeks to move away from Western currencies – which it often terms “unfriendly currencies” – in the face of sanctions, and bring its economy closer to China. 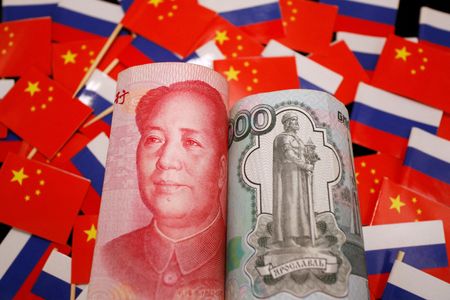 Shareholder ESG support down but not out, researchers say

Oracle partners with India’s Airtel in boost for cloud business