(Reuters) – Russia’s top carmaker Avtovaz said on Friday it would resume production of its best-selling Lada Granta model from June 8, after partially halting production in March due to a shortage of electronic parts because of Western sanctions on Moscow.

French auto giant Renault struck a deal in May to sell its majority stake in Avtovaz to a Russian science institute, reportedly for the symbolic sum of just one rouble, with a six-year option to buy it back. 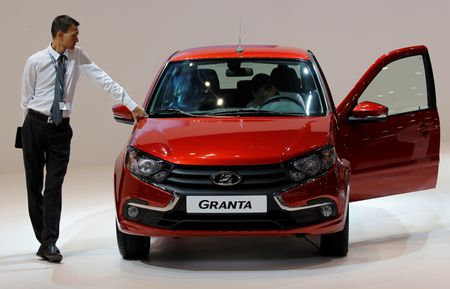 German business morale rises in May on buoyant services sector

G7 to stand with Ukraine ‘for as long as it takes’

Seven months and ticking, the case for keeping Powell as Fed...