LONDON (Reuters) – Russia’s lower house of parliament on Tuesday approved a bill in the first reading that removes legal liability for parallel imports of a range of goods and intellectual property after sanctions were imposed by the West over the war in Ukraine.

The bill is designed to protect Russian companies from liability if they import specific goods approved by the trade ministry as well as a range of intellectual property.

Russia legalised parallel import at the end of March this year. The move permits suppliers of foreign products to resell them in Russia without the permission of the trademark owner, said Russian Prime Minister Mikhail Mishustin.

In early May, the Ministry of Industry and Trade approved a list of goods whose import does not require the consent of foreign copyright holders. The list includes goods from 56 different sectors, including cars, electronics, clothing and footwear, cosmetics, equipment, chemical products, and raw materials.

Foreign imports into Russia have been jeopardised after Russia deployed troops to Ukraine on February 24, in what it calls a “military special operation” with the aim of “demilitarization” and “denazification” of Ukraine.

The West responded with large-scale sanctions against Russia, and many foreign companies announced they were halting operations in the country. 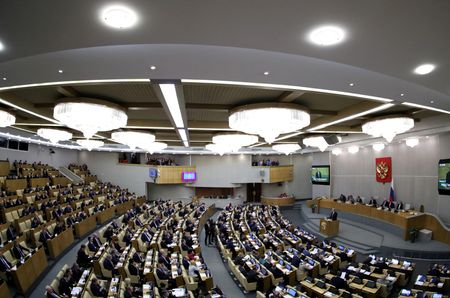 Marketmind: When the hawks sing

Wall Street closes up on infrastructure gains but Tesla weighs