(Reuters) – Russia’s central bank said on Tuesday that it had temporarily suspended the publication of external debt data.

“Bank of Russia temporarily suspends publication of quarterly data on the Russian Federation’s external debt repayment schedule”, the regulator said in a message on its website.

Foreign debt payments are a sensitive issue right now as Russia, hit by western sanctions against its financial system, teeters on the brink of a possible default.

Last week, the central bank temporarily suspended publishing data on foreign trade on a monthly basis in the first such suspension since 1997. 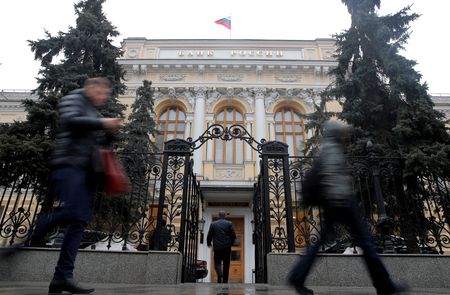