Shares in the company, one of the world’s oldest postal firms, rose more than 5% as it outlined plans to buy back 200 million pounds of shares and for a special dividend to match.

After years of struggling with a declining letters business, Royal Mail has benefitted from a surge in online shopping that has accelerated since the pandemic.

Soaring demand for parcels, however, is coupled with an expected rise in costs due to higher inflation and a shortage of lorry drivers.

“A key risk to a bumper festive season for Royal Mail is whether supply chain issues spoil the party,” AJ Bell analyst Russ Mould said, with stock availability a worry for retailers.

The company has identified 190 million pounds of savings so far, it said. It will also increase prices of its letter services from January.

Royal Mail, which is in talks with unions over a new pay deal for next year, said it had to pay more for temporary workers hired for Christmas. It has taken on about 20,000 seasonal workers this year, compared with 33,000 last year.

The company forecast full-year profit for its UK business at about 500 million pounds, up from 344 million the year before. 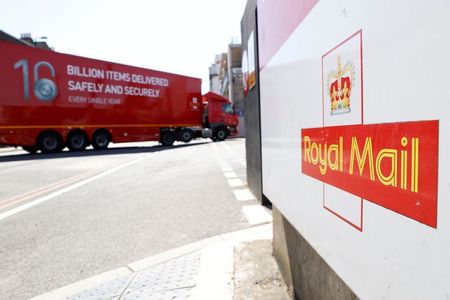 Hearing in dispute between Andrea Orcel and Santander to resume on...

Marketmind: Gearing up for Jay