(Reuters) – Canadian wireless giant Rogers Communications Inc said it will not appeal the Supreme Court’s decision that ruled in favour of the late founder’s son, Edward Rogers, to constitute a new board.

The Supreme Court of British Columbia ruled in favour of Edward Rogers on Friday, handing him a big victory in a dispute that pitted him against his mother and sisters and had weighed on the stock.

Edward Rogers was removed as the chair of Rogers Communications in September after he lost out in a family feud that started when he tried to dislodge Chief Executive Officer Joe Natale, saying he doubted Natale’s ability to lead the combined entity after the C$20-billion Shaw deal in March.

However, following Friday’s ruling, as soon as Edward Rogers was reinstated as chairman of the board, he showed support for Natale in a surprise move.

(Reporting by Eva Mathews in Bengaluru; Editing by Shinjini Ganguli) 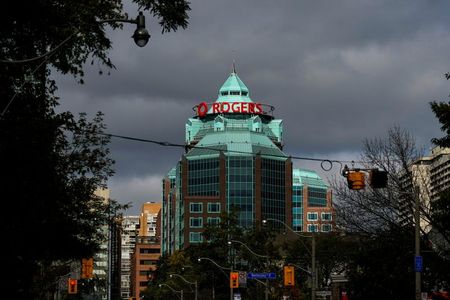