Matthew Boswell, Commissioner of Competition, said in a statement that the bureau was “truly disappointed” but it would not be pursuing a further appeal.

The deal to create Canada’s No. 2 telecoms operator was struck nearly two years ago and the companies are now racing to close it before a Jan. 31 deadline. They have, however, previously extended the deadline in the past.

The Canadian government still needs to approve the deal and Industry Minister Francois-Philippe Champagne, who has the final say, said in a statement he would review the court ruling. He added that competition and affordability in the telecoms sector remained a top priority.

The deal, which has faced opposition from consumer advocates, politicians and rival telecom companies, was a test case for the competition bureau’s ability to increase choices for consumers in Canada, where a handful of companies control large swaths of business.

But the antitrust agency failed to convince courts that the transaction is bad for consumers in a country where wireless bills are already among the highest in the world. Rogers and Shaw shares extended gains on the decision, and both closed about 3% higher, while the benchmark Canadian share index was flat.

The Federal Court of Appeal in Ottawa swiftly dismissed the antitrust regulator’s appeal to overturn a Dec. 30 decision by the Competition Tribunal to approve the deal. It did so without hearing from Rogers and Shaw.

The government has accepted Rogers’ offer to sell Shaw’s Freedom Mobile unit to Quebecor’s Videotron for C$2.85 billion to address antitrust concerns. But the competition bureau argued that a merged Rogers-Shaw would not have a viable competitor in Quebecor.

Justice David Stratas told the court that many of the points of law the antitrust agency had raised were “without merit.”

He said the Competition Tribunal had not found it to be a particularly close case. “It found, I would say, on the evidence rather decisively that there was no substantial lessening of competition.”

“They also found a number of pro-competitive considerations.”

Shaw, Rogers and Quebecor said in a joint statement on Tuesday that “we welcome this clear, unequivocal, and unanimous decision by the Federal Court of Appeal.”

The companies said they will continue to work with Innovation, Science and Economic Development Canada to secure the final approval needed.

Opponents of the deal said it would hurt ordinary Canadians. 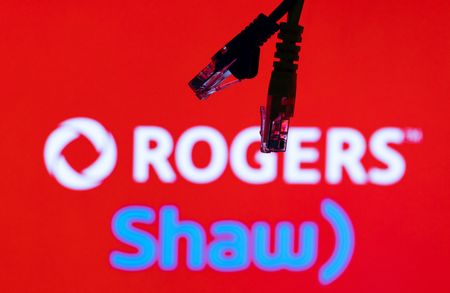