German inflation accelerated in September to 4.1%, its highest since December 1993, driven up by energy and food costs.

“Since the price jumps for food, energy and petrol, for example, affect people with lower and middle incomes in particular, our wage demands include minimum amounts so that wage increases have an above-average effect on these workers,” Verdi chairman Frank Werneke told media group RedaktionsNetzwerk Deutschland.

Economists are looking for signs that higher inflation expectations will lead to higher wage increases which could kick off a wage-price spiral, driving inflation higher still and eroding households’ purchasing power further.

The European Central Bank is closely watching inflation expectations and wage developments in the euro zone and also Germany, the bloc’s largest economy. 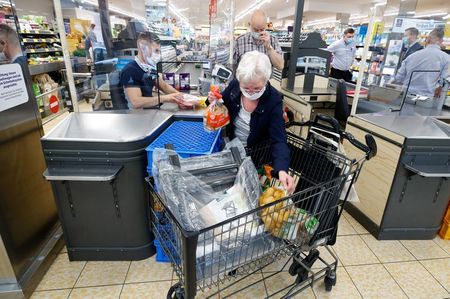 Markets mixed with all eyes on U.S. stimulus talks