Globally, the surge is contributing to the highest food prices since 2014, according to the United Nations food agency, hitting poorer consumers particularly hard as they struggle to recover from economic shutdowns triggered by the COVID-19 pandemic.

The rise in beef prices has been spurred by increasing demand from China, limited cattle supplies in some countries, a shortage of slaughterhouse workers and rising feed costs. The trend is starting to rattle supplier markets and impact policy.

Argentina, the second-biggest beef supplier to China after Brazil, on May 17 halted exports for a month as it grapples with runaway inflation. It blamed high demand from Asia for drawing down local beef supplies and raising domestic prices.

She said she has cut back to eating meat at home just one day a week, instead of every two days. She has also started preparing milanesa, a popular breaded meat dish, with a cheaper cuadrada cut of meat, instead of more expensive peceto cuts.

Beef prices in Argentina, where grilling beef on the barbecue is regarded as a basic human right and where the countryside is dotted with cattle ranches, have soared more than 60% in a year. Per-capita consumption has plunged, hitting a 100-year low in April, a meat industry chamber report showed.

Memes shared in WhatsApp chat groups lament how beef has become unaffordable, including jokes that inflation has pushed people instead to eat polenta – a wry dig at government food aid efforts during the pandemic.

In the first four months of 2021, China imported 178,482 tonnes of beef from Argentina, up from 152,776 tonnes a year earlier, according to China’s General Administration of Customs data.

Most of the imports are older cows that are not consumed domestically, according to Argentina’s meat industry chamber, which opposes the government export ban. Farmers have protested the ban with a halt on local livestock trading.

China increased meat imports after a deadly pig virus, African swine fever, decimated its hog herd starting in 2018. More recently, Beijing suspended some beef imports from Australia, its No. 3 supplier from 2018 to 2020, as relations between the two countries deteriorate. Chinese importers have since depended more on other suppliers.

U.S. beef exports to China hit a monthly record in March of 14,552 tonnes, according to the U.S. Department of Agriculture, well above total shipments in all of 2019. A growing middle class in China is making room for beef in a diet that has long been pork-based.

“Beef used to be mainly consumed outside the home, like at restaurants. But beef is increasingly popular for home cooking,” said Pan Chenjun, senior analyst at Rabobank.

Beef prices in China in late April were 4.4% higher than a year earlier, while pork prices were down 27.9%, according to data from China’s Ministry of Agriculture and Rural Affairs.

Shipping beef to importers like China is more profitable for countries such as Argentina and Brazil due to currency depreciation and weakening local demand, said Upali Galketi Aratchilage, the United Nations’ Food and Agriculture Organization senior economist. The result, though, is that higher exports can reduce domestic supplies, driving up prices, Aratchilage said.

The United States and Brazil are still struggling to replenish domestic inventories of frozen beef, chicken and pork in storage after shipments to China increased last year even as COVID-19 ripped through slaughterhouses, sickening workers and hobbling production.

In Clovis, California, retired Army veteran Darin Cross said he has been shocked by 2-pound (0.9 kg) packs of ground beef selling for $10 at Walmart, up from $8 previously. The 55-year-old is eating more vegetables as a result.

“For those of us on fixed incomes, that’s a pretty steep increase in a matter of just a couple of weeks,” Cross said. “My fear is that it’s just going to keep going.”

The average unit price for U.S. fresh beef in April rose by 5% from March and was up about 10% from a year earlier, according to NielsenIQ data. Pork and chicken prices are each up about 5.4% from last year.

Outside New Orleans, Tina Howell, 45, said she stopped buying steaks in bulk to fill up a deep freezer at her home because grocers stopped offering sales. She has noticed New York strip steaks selling for about $12 per pound, up from about $7 previously.

“The prices are astronomical,” said Howell, who works in real-estate marketing.

Although U.S. cattle supplies are ample, beef production is limited by a labor shortage and the processing capacity in slaughterhouses, according to meat producers.

Meatpackers are facing higher livestock feed costs with soy and corn prices around eight-year highs, and some are passing those costs on to consumers. Increased restaurant demand is also supporting prices as COVID-19 restrictions ease.

Nebraska-based Omaha Steaks, which sells premium beef, projects U.S. demand will remain strong through the summer as people are willing to have larger gatherings and pay for high-quality food, CEO Todd Simon said.

Brazilian meatpackers JBS SA and BRF SA, however, have said they are struggling to pass on higher feed costs to consumers in their home market, though JBS has benefited from its U.S. operations.

Prices for some beef cuts rose by as much as 30% over the past year in Brazil due to tight cattle supplies and strong export demand, said Guilherme Malafaia, an official at the government’s agricultural research agency, Embrapa. Together with Hong Kong, China buys 60% of all beef exported by Brazil.

For Brazilians, though, high prices have pushed domestic consumption down by 14% from pre-pandemic levels, to a 25-year low. Instead, consumers turned to pork, chicken and eggs, which are historically cheaper.

Brazil’s per-capita pork consumption rose by 5% while chicken consumption rose by 6% in 2020 from the year before, said Marcelo Miele, a pork and poultry researcher at Embrapa. Brazilians now eat 251 eggs per person per year, the highest ever, he said.

Butchers are suffering from falling sales as some consumers cut back on beef or shift to less expensive meats.

Argentine butcher Pablo Alberto Monzón, 26, said meat sales have dropped by a third at his shop in a working-class neighborhood of Buenos Aires. Fewer customers are coming in, and those who do find that their money does not go far.

“People who before could buy short ribs for the grill now make do with flank steak,” Monzón said. 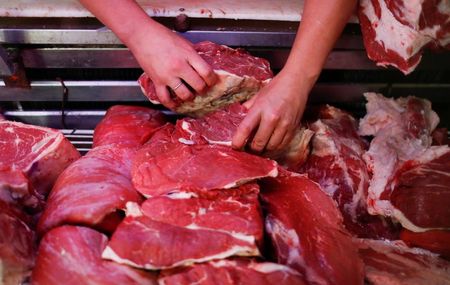 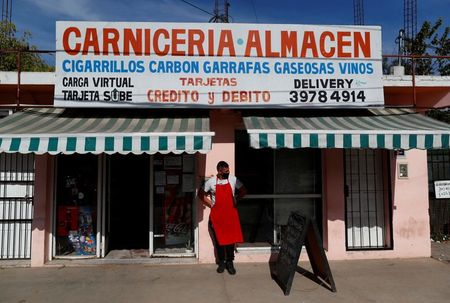 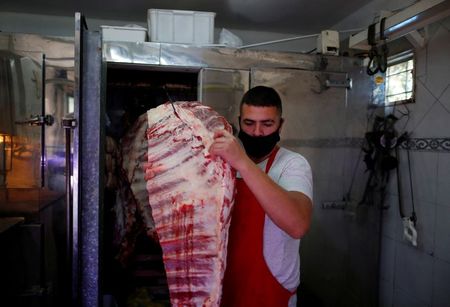 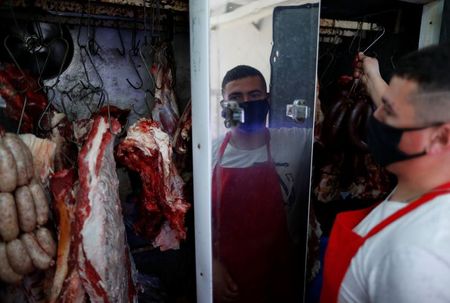 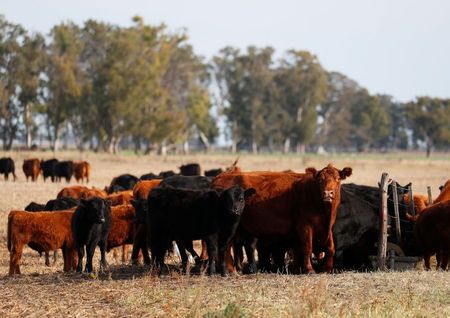 This is Why Semiconductor Stocks Popped Today