NEW YORK (Reuters) – A surge in options trading by individual investors helped lift market volumes to record highs in 2021, but it also made trading the derivatives more difficult for many institutional investors, according to a Coalition Greenwich study released on Wednesday.

Options volumes soared to a record 9.87 billion contracts last year, a 32.2% increase over 2020, which was itself a record-setting year for volumes, Options Clearing Corp data showed.

The number of individual options account holders grew to the highest levels ever last year, and the amount of smaller trades, which are indicative of retail trades, increased to significant levels of market share, said Shane Swanson, senior market structure and technology analyst at Coalition Greenwich.

“Whether driven by the meme stock phenomenon, zero-commission trading or simply by retail investors looking to get heightened exposure to the market, retail trading in options grew by leaps and bounds in 2021,” said Swanson, who led the study.

But the increase in smaller trade sizes affected the ability of many investing firms to achieve their trading objectives, the study said.

Out of 24 investing firms interviewed by Coalition Greenwich between June and September, 13% said the growth of retail trading had a “fair amount of negative impact” on their trading, while another 42% said it had “some negative impact.”

That was because one of the main objectives of investment firms is to execute their trading deals with minimal market impact, and when a large amount of contra-side flow is in small and single lots, that makes executing larger institutional-sized orders more challenging, Swanson said.

“The longer an order has to work, the more likely it is to have market impact,” he said. 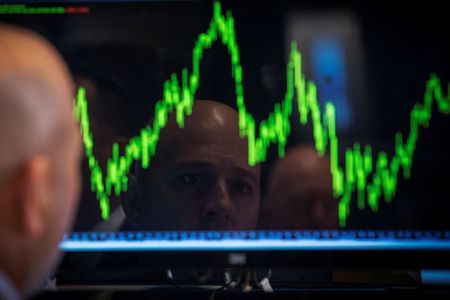 Marketmind: Bring on the payrolls