The eight-year plan, from a group of six Republicans led by Senator Shelley Moore Capito, represents their counter-offer to a week-old $1.7 trillion https://www.reuters.com/world/us/white-house-says-it-has-pared-down-infrastructure-proposal-17-trillion-2021-05-21 White House proposal that removed more than $500 billion from Biden’s original $2.25 trillion plan in a bid to reach a bipartisan agreement.

Biden, who had imposed an unofficial end-of-May deadline on infrastructure talks, spoke to Capito by telephone and later said he invited her to contact him again next week, adding: “I told her we have to finish this very soon.”

Capito, the top Republican on the Senate Environment and Public Works Committee, described her call with Biden as “very positive.” She told reporters on Capitol Hill: “He didn’t make any commitment as to the substance, but he wants to continue working. Our teams are getting together … I got clear direction from him, so that’s good. Keep moving forward.”

The Republican proposal includes $506 billion for roads, bridges and major projects, with another $98 billion allocated to public transit. But just $257 billion of the funds represent an increase over existing spending plans, a feature that caught the attention of the White House.

“We remain concerned that their plan still provides no substantial new funds,” White House spokeswoman Jen Psaki said in a statement that also said the means to pay for the Republican proposal remained unclear.

“We are worried that major cuts in COVID relief funds could imperil pending aid,” the White House statement said.

A primary reason for the gap between the two sides is that each has a different definition of “infrastructure.” Republicans want the bill limited to physical assets, such as roads, airports and pipes, while the White House aims to include social spending programs and education.

Senator Roy Blunt said Republicans are willing to consider other means of paying for the plan, including a fee on electric vehicles and nearly $350 billion in “public-private” investments identified by business leaders.

Reaction among Senate Democrats was mixed.

Senate Environment and Public Works Committee Chairman Tom Carper said he was encouraged by the proposal and called for negotiations to continue.

Other Democrats flatly rejected the idea of using COVID-19 relief money for infrastructure as a non-starter, while Senate Banking Committee Chairman Sherrod Brown called the offer too small: “We want to go big, the public wants us to go big. They need to pay attention to what the public wants.”

Some Senate Democrats have been pushing to go it alone if Republicans do not reach an agreement soon.

Capito warned that any decision to move forward on a Democratic infrastructure plan without Republican support could have consequences for legislation down the road. “A partisan reconciliation process would be destructive to our future bipartisan attempts,” the West Virginia Republican said.

Senate Democrats could pass a bill without Republican votes through a process called reconciliation that bypasses the chamber’s rule that requires most legislation to have 60 votes to pass. They did so earlier in the year to pass a $1.9 trillion COVID-19 relief bill.

But with the chamber divided 50-50, every Democratic senator would have to agree to the maneuver. Multiple moderates have raised concerns about using reconciliation again.

The White House has expressed willingness to negotiate on some of the finer details but has said it wants a large package that expands the definition of infrastructure to include items such as free community college and paid family leave.

To pay for it, the administration has said it is open to any ideas as long as they don’t include asking Americans earning less than $400,000 to pick up the bill.

Republicans initially proposed a $568 billion https://www.reuters.com/business/autos-transportation/republicans-vs-biden-whats-their-infrastructure-plans-2021-04-22, five-year plan and increased the top line to around $800 billion over eight years when the two sides met on Capitol Hill on May 18, according to the lawmakers. 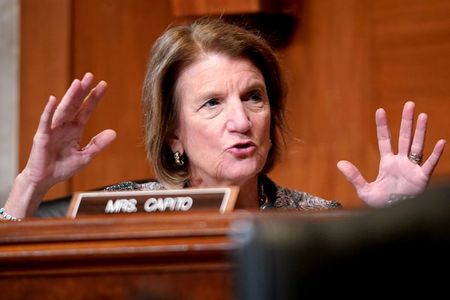 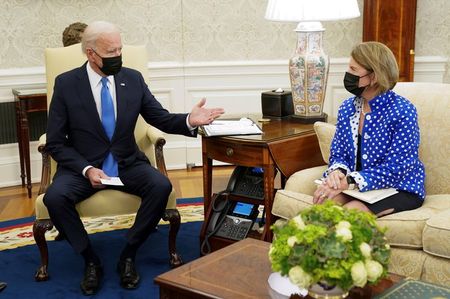 Battle for control of Rogers Communications heads to court