PARIS (Reuters) -Remy Cointreau on Thursday beat annual profit expectations amid U.S. and Chinese demand for premium cognac but its shares fell after investment plans pointed to slower than expected growth ahead.

The French spirits group vowed to accelerate investments behind its brands, a move that would limit profitability and the shares reversed earlier gains to trade down 5%.

The maker of Remy Martin cognac said it had emerged stronger from the COVID-19 crisis due to buoyant at-home consumption in the United States, a penchant for cocktails and rising e-commerce sales – all of which supported its push towards higher-priced spirits to boost margins.

Remy Cointreau, which plans to buy back up to 1.98% of its equity capital, also handed investors an 85% increase in its dividend.

It forecast an “excellent” start to its 2021/22 financial year that started on April 1 and said it had decided to increase its investment in communication to support its brands, notably Remy Martin and Louis XIII cognacs.

“2021/22 will be a strong year of growth and investment and we are on track to achieve our 2030 vision,” CEO Eric Vallat told a news conference.

Commenting on prospects for FY 2021/22, Finance Chief Luca Marotta spoke of “top line and bottom line growth in the mid-teens in organic terms”, which lagged analysts expectations at least for operating profit growth.

A rebound in demand for its premium cognac in China and the United States, along with tight control over costs, lifted Remy’s organic operating profit by 12.8% to 236.1 million euros ($288 million) in the year ended March 31.

Analysts on average and Remy itself had expected 10% growth.

This marked a sharp turnaround from a 22% fall in group profit a year earlier due to the impact of the pandemic.

Remy Cointreau reiterated its goal was to become a “global leader in exceptional spirits” while also building a business model more focused on sustainability.

While Remy expected good growth in operating profit this year, it said that would be tempered by adverse currency effects estimated at 16 to 20 million euros and a 2 million euro hit following asset sales. 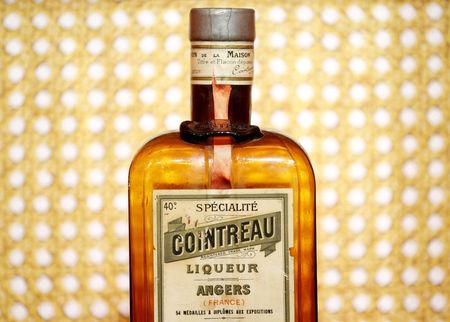 Mazda to halt operations at two Japan plants for 2 days...