The National Federation of Independent Business said in its monthly jobs report that 48% of small business owners reported unfilled job openings in May on a seasonally adjusted basis, up from 44% in April. May’s reading is 26 points higher than the 48-year average of 22%.

Furthermore, the report showed that 93% of owners looking to hire reported few or no “qualified” applications for the positions they were trying to fill last month.

Forty percent of small businesses surveyed currently have job openings for skilled workers and 27 percent have openings for unskilled labor, up 3 points and 7 points, respectively.

“Small business owners are struggling at record levels trying to get workers back in open positions,” NFIB Chief Economist Bill Dunkelberg said in a statement. “Owners are offering higher wages to try to remedy the labor shortage problem. Ultimately, higher labor costs are being passed on to customers in higher selling prices.”

The report comes as the number of Americans filing new claims for unemployment benefits fell below 400,000 last week for the first time since the COVID-19 pandemic began more than a year ago.

Additionally, hiring seems to have strengthened in May. The ADP National Employment Report showed on Thursday that private payrolls increased by 978,000 jobs, which was the largest increase since June 2020, after rising by 654,000 in April.

The Department of Labor will release data on nonfarm payrolls on Friday. Economists polled by Reuters forecast nonfarm payrolls increased by 650,000 jobs in May after rising by just 266,000 in the previous month. 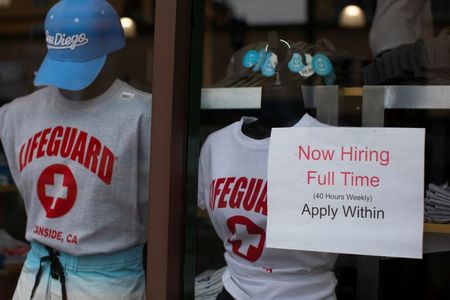 U.S. denies Crystallex request for Citgo shares, will reassess in 2022