(Reuters) -The Federal Reserve has said it will start to reduce its bond purchases as soon as November if the economy continues on its current track.

Some officials will watch the September jobs report, due Oct. 8, for a final bit of evidence that the labor market has achieved “substantial further progress” in its recovery. Others feel the benchmark has been met and are ready to start the process.

Following is a running tally of where officials have said they stand on the question since the Federal Open Market Committee’s Sept. 21-22 meeting. It will be updated as officials make their positions public.

READY TO ROLL ON TAPER:

“In my view, the economy has met those conditions, and I support starting to dial back our purchases in November and concluding them over the first half of next year.”

“In my view, the criteria for substantial further progress have been met, with inflation running well above our target and the unemployment rate at 5.2%, down 1.5 percentage points relative to December. Under these conditions, the rationale for continuing to add to our asset holdings each month has waned, and signaling that we will soon consider bringing our asset purchases to an end is appropriate.”

“Substantial further progress has been met…We are in a good position now to begin pulling back on these purchases and get this finished in the first half of next year.” [L1N2QU0TG]

“Employment is still a bit short of the mark on what I consider to be substantial further progress. But if progress continues as I hope, it may soon meet the mark.”

“I think it’s clear that we have made substantial further progress on achieving our inflation goal. There has also been very good progress toward maximum employment. Assuming the economy continues to improve as I anticipate, a moderation in the pace of asset purchases may soon be warranted.”

“I see the economy as being close to meeting the ‘substantial further progress’ standard we laid out last December as the bar for beginning to taper our asset purchases. If the flow of employment improvements continues, it seems likely that those conditions will be met soon and tapering can commence.”

“The recovery is more underway so to speak, and so I think that taper that the Chair signaled is appropriate for the economic environment we expect to be in for the remainder of this year and for next year,” he told MNI Market News in an interview. “I do think we would see the beginning of a taper later this year.” 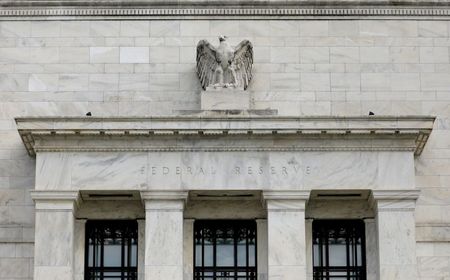 Total shareholders back strategy, including on climate, CEO says