MANILA (Reuters) – Radisson Hotel Group plans to add 150 hotels in Asia-Pacific this year as it banks on travel, tourism, and economic recovery in the region, its CEO said on Thursday.

Radisson, one of the world’s largest hotel groups, is in the midst of a five-year plan to double its properties to 3,200 hotels in 120 countries by 2025.

“Overall, Asia plays a significant role in our business plans because of the significant presence that we can build in the future,” Radisson CEO Federico Gonzalez told reporters.

Radisson last year signed deals to put up 200 hotels worldwide, of which 137 are in Asia-Pacific. It takes three to five years for hotel deals to reach operation stage.

Radisson sees its China and India portfolios increasing to 1,000 and 200 hotels, respectively, by 2025, Gonzalez said, adding that around 150 deals will be signed this year. But China’s stringent lockdown measures could impact the completion of new hotels, he said.

Travel in Asia-Pacific is trailing the rest of the world and should expect a bumpy recovery, because of slower border reopenings, a Booking.com executive said in March.

At the end of the company’s expansion programme, Asia-Pacific will account for most of Radisson’s hotel rooms though much of revenues will still come from Europe.

Revenues and profits are expected to return to pre-pandemic levels by next year, Gonzalez said, as COVID-19 restrictions are lifted around the world. 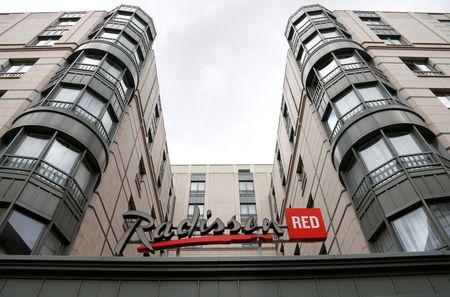