DOHA (Reuters) -Qatar Airways is considering an imminent purchase of a freighter aircraft and is looking at an “attractive proposition from Boeing”, Chief Executive Akbar Al Baker said on Wednesday.

The comment from one of the world’s largest cargo players is the latest indication that Qatar Airways may help inaugurate a new freighter version of Boeing’s future 777X jetliner.

“We are seriously looking at placing a large cargo order, a freighter order, because … as we are also growing our freight business, we need to be sustainable in that and we are going to imminently place a large freighter order,” Al Baker said.

“Of course, I cannot tell you with whom we are going to place the order. But one thing I can say is that the proposal we have received from Boeing is very attractive to the airline.”

“We don’t only look at the price, we look at the performance, and I think the aircraft that Boeing is developing will outperform the current fleet that we have,” Al Baker said.

Al Baker was speaking to reporters at a ceremony to present the passenger version of the world’s largest twin-engined jetliner, the 777X, which arrived in Doha on Wednesday after staging a public debut at the Dubai Airshow.

The successor to Boeing’s best-selling 777 wide-body passenger plane has been delayed by at least two and a half years amid uncertainty over the timetable for certification.

Al Baker said Qatar Airways expected to receive its first passenger version of the 777X in 2023. Boeing said this week it was sticking to plans to deliver the plane in that year, but stressed the timing of certification would depend on regulators.

A 777X freighter would seek to maintain Boeing’s dominance of the market for dedicated cargo planes as Europe’s Airbus markets a freight version of its A350, which secured a debut buyer at this week’s Dubai Airshow.

The 777X freighter is expected to carry about 110 tonnes of cargo, compared with 109 tonnes for the A350 freighter.

Boeing has not said when it plans to launch the freighter.

“We’re talking … to several prospective customers and having advanced discussions with many of them on what they want and what the airplane would look like,” Senior Vice President Commercial Sales and Marketing Ihssane Mounir told reporters. 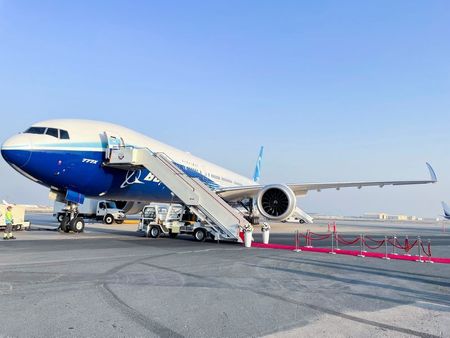 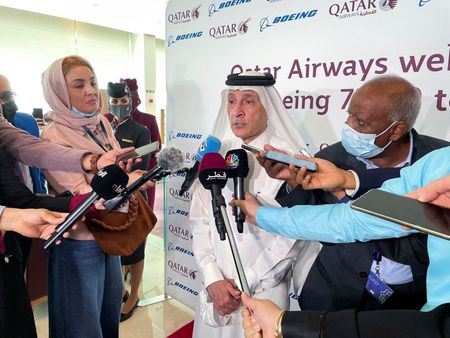