MONTREAL (Reuters) – Proxy firm ISS joined Glass Lewis to back a Bombardier Inc proposal to reduce the number of its common shares, in a move the company said could help increase its stock price and reduce transaction costs for investors.

Montreal-based Bombardier in March said it would seek shareholder support for a reverse stock split of its Class A and Class B shares that could range between 10-for-1 and 30-for-1.

While not immediately adding to shareholder value, the consolidation could broaden company financing alternatives by raising the stock price, ISS said in a note on Monday.

“Continued low trading prices of the company’s shares can put them below investment grade for many institutions, limiting the potential capital base for the company and its prospects for raising new capital as needed,” the note added.

Shares in the business jet maker were up 2.5% at C$1.47 on Tuesday in Toronto but the stock is down 15% year to date over investor concerns about its stretched balance sheet.

Shareholders are set to vote on the proposal at Bombardier’s annual general meeting on May 5.

Proposals backed by the company’s board are expected to pass since Bombardier’s founding family retains a controlling stake through a dual-class share structure.

Glass Lewis in a note said it “believes multi-class voting structures are typically not in the best interests of common shareholders,” and recommends voting against the company’s advisory resolution on executive compensation.

Glass Lewis on Friday also recommended that shareholders withhold support for the heads of the corporate governance and compensation committees. The firm has raised concern over Bombardier’s voting share structure and executive compensation. ISS has recommended supporting the two board members.

Bombardier could not comment beyond what’s in the company’s proxy.

(Reporting By Allison Lampert in Montreal; Editing by Mark Porter) 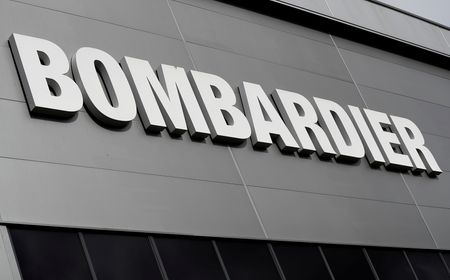 BBVA to pay more than 7 billion euros to shareholders in...