MILAN (Reuters) – ISS and Glass Lewis disagree over a plan by Italian broadcaster Mediaset to move the company’s legal base to the Netherlands, proxy adviser documents seen by Reuters showed.

ISS recommends shareholders to vote against the proposal while Glass Lewis encourages them to vote in favour.

Controlled by the family of former Italian Prime Minister Silvio Berlusconi, Mediaset plans to move its legal headquarters to the Netherlands in a first step to create a pan-European TV champion pursuing alliances with peers.

The move is part of a deal between Mediaset and its second largest investor Vivendi to end a long-running legal dispute..

Under the terms of the agreement, French media giant Vivendi, which holds a 29% stake in Mediaset, pledged to give its essential backing to the proposal at broadcaster’s annual general meeting on June 23.

“We find no reason to oppose the relocation of the company’s headquarters on the basis of the strategic rationale provided,” Glass Lewis said in its report.

However, ISS said the move “is not supported by a sufficiently compelling rationale and might negatively impact minority shareholders’ rights.”

It pointed out that “although the new bylaws do not include loyalty voting mechanisms, those may be introduced at a later stage through a resolution passed with an absolute majority of votes cast.” 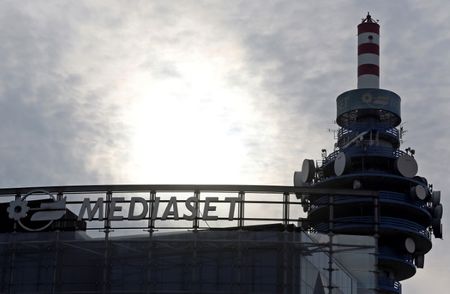 Bezos and White House battle over taxes and inflation