(Reuters) -Procter & Gamble Co raised its full-year sales forecast on Wednesday as consumer demand for cleaning and personal care products remained stronger than expected despite higher prices, sending its shares up more than 2%.

P&G’s sales growth is at its strongest in at least 15 years, according to analysts, but there are concerns that consumers will start to swap branded items for cheaper own-label products, as supply chain constraints and soaring commodity prices push inflation ever higher, squeezing household budgets.

P&G executives said, however, that for now consumers were switching to better-value premium products such as single-dose detergents or higher-priced diapers, adding they would focus marketing efforts on such offerings.

“We certainly have our eyes wide open and (will) watch for any change in terms of consumer behavior,” said Chief Financial Officer Andre Schulten on a call with analysts.

Executives also announced fresh price hikes in U.S. feminine, home and oral care from this summer, even though they expect consumer demand to soften as the higher prices feed through to shop shelves.

Sales in P&G’s fabric and home care unit, the company’s biggest segment, rose 7% in its third quarter, as consumers stocked up on detergents and surface cleaning products such as Tide and Mr. Clean during the coronavirus’ Omicron wave early in the year.

Sales at the health care business, which includes brands like Oral-B and Pepto-Bismol, rose 13%.

The consumer goods giant, however, warned that higher costs could dent its annual core earnings per share, which it now expects at the low-end of the 3% to 6% growth that was predicted in January.

P&G’s China business was hit by COVID-19 lockdowns which forced the company to shut plants and kept shoppers at home, which executives said had a “significant impact” on consumer demand.

Soaring commodity and freight costs, as well as a stronger dollar are expected to dent full-year profit by $3.2 billion, compared to a prior forecast of $2.8 billion.

P&G also took a hit of one penny per share in the third quarter due to the Russia-Ukraine war, Schulten said, which will rise to four cents in the fourth quarter.

The company is ending all new capital investments in Russia and “significantly reducing” its portfolio to focus on basic hygiene, health and personal care items.

Before the war, P&G’s business in Russia and Ukraine represented 1.5% to 2% of its net sales and global profit, Schulten said.

Net sales rose 7% to $19.38 billion in the quarter ended March 31, compared to an average analyst estimate of $18.73 billion, according to Refinitiv data.

Total sales volumes rose 3% despite price increases across most of P&G’s product range.

(Reporting by Uday Sampath in Bengaluru and Jessica DiNapoli in New York; Editing by Arun Koyyur and Chizu Nomiyama and Kirsten Donovan) 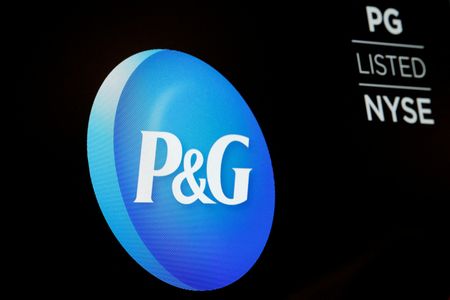 Brazilian airline Gol’s Ferrer to take over as CEO

What does Musk want with Twitter? Check out his tweets for clues

New Zealand central bank to hike cash rate by another half...