By Julie Gordon and Fergal Smith

OTTAWA (Reuters) – A year into the pandemic, Canada’s national statistics agency is updating how it measures inflation, using new types of data for the first time as it bets on what lockdown spending shifts will prevail even as life returns more to normal.

Statistics Canada’s overdue re-weighting of its consumer price index (CPI) basket, set for release with June data, could give another bump to inflation which is already running hot. It also has implications for real return bonds, which compensate investors for changes in CPI.

“It’s something that people are paying attention to … because of how odd the period preceding it was,” said Royce Mendes, senior economist at CIBC Capital Markets.

“If it puts more weight on something that generally has a higher inflation rate, and takes away some of the weighting on things that just generally over many years have lower inflation, you are going to see the monthly numbers perk up,” he said.

Statscan rejigs the weights of its CPI basket on a biennial basis, with the 2021 update delayed by six months due to the COVID-19 pandemic.

For the first time, the agency is using real world inputs – like price scanners at grocery stores – and actual consumer outlays, along with its traditional survey of household spending, to determine the new weightings.

The Bank of Canada targets inflation at 2%, with a 1%-3% control range. The central bank has said it expects inflation to be near the top end of its target band over the next few months due to the base-year effect, before dropping to around 2% later in 2021.

In April, inflation rose at its fastest pace in a decade to 3.4%, mostly due to the statistical comparison to last year when prices tanked during early pandemic shutdowns.

Statcan’s alternate index, weighted to better reflect the impact of spending shifts due to the pandemic, has consistently tracked above official inflation. Canadians spent less on gasoline and travel in 2020, for example, but more on food and housing.

Key to the rejig is a bet on just how much the pandemic shift in consumption habits will stick as vaccines roll out and Canadians return to a more normal life.

“For all we know we could go back to the same spending patterns we had before the pandemic,” said Derek Holt, head of Capital Markets Economics at Scotiabank. “I don’t think so – I don’t think we’ll all be boarding cruise ships and packing movie theaters anytime soon, but maybe we will.”

For bond investors, the tricky thing will be judging how a basket shakeup will change headline numbers, either up or down, particularly as some of the components that could be reduced in weight face sharp price rises as the economy reopens.

“Air fare inflation is going to be pretty high for the next year,” said Stephen Brown, senior Canada economist at Capital Economics. “So if they reduce the weight of airlines they’d actually be reducing headline inflation by doing that.”

(This story corrects to biennial, not semi-annual in 5th paragraph)

(Reporting by Julie Gordon in Ottawa and Fergal Smith in Toronto; Editing by David Gregorio) 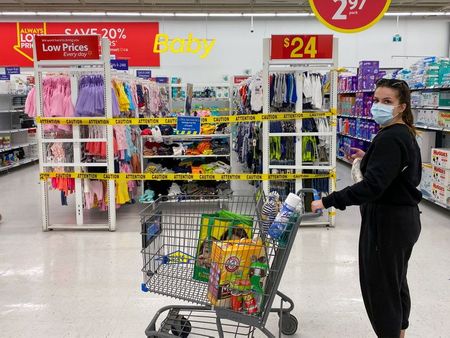 Brent dips after topping $80 a barrel, highest since Oct 2018

AmEx’s New York employees to return to office from March –...