WASHINGTON (Reuters) – A U.S. Senate committee holds hearings this week for Federal Reserve Chair Jerome Powell and vice chair nominee Lael Brainard that could provide new details about the U.S. central bank’s plans to tighten monetary policy, but also kick off a broader debate in coming weeks about its role in addressing issues as disparate as climate change and racial inequality.

Powell appears before the Senate Banking Committee on Tuesday for consideration to a second four-year term as head of the Fed; Brainard, currently a Fed governor, will be questioned by the same panel on Thursday for promotion to a four-year term as Fed vice chair. The positions require majority approval by the full Senate, which is narrowly controlled by President Joe Biden’s Democrats, with the committee hearings a first step.

The jobs are among the two most important in the U.S. and global economies, and top of mind at the hearings will be the Fed’s plans for raising interest rates and possibly reducing its more than $8 trillion in bond holdings to curb inflation that has sped far beyond the central bank’s 2% target.

Powell, in prepared remarks for delivery at the hearing that were released by the Fed on Monday, pledged to use the central bank’s full suite of policy tools “to prevent higher inflation from becoming entrenched.”

“The economy is expanding at its fastest pace in many years, and the labor market is strong,” Powell said. But the strength of the recovery is “giving rise to persistent supply and demand imbalances and bottlenecks, and thus to elevated inflation. We know that high inflation exacts a toll, particularly for those less able to meet the higher costs of essentials.”

The issue has become politically troubling for Biden, with price increases undermining wage gains for many workers, cited by Republicans as stemming from Biden’s ambitious spending, and acknowledged by Democrats as evidence the reopening of the economy is not going so smoothly.

The Fed in December flagged plans to tighten policy faster than expected in response, with a rate hike perhaps as soon as March. But that was before it became clear just how fast the Omicron variant of the coronavirus would spread, with this week’s hearings the first opportunity for Powell and Brainard to say how the current outbreak of the disease and the consequent disruptions to school and commerce have influenced their outlook.

Economists, if anything, have tilted in a hawkish direction, and in recent days intensified their view that the Fed would move sooner and at a quicker pace to tame price increases that show no sign of moderating on their own. The Consumer Price Index is expected to have increased around 7% in December from a year earlier, according to a Reuters poll of economists, a level not seen since the high inflation scares of the late 1970s and early 1980s. The data will be released on Wednesday.

Financial markets are clearly positioning for a Fed that is prepared to be more aggressive in its response to inflation.

Bond markets are rapidly repricing for a higher interest rate environment, with yields on Treasury securities marching upward and bondholders suffering deep losses in the first week of 2022. Riskier assets like stocks and even cryptocurrencies – a relatively new asset class with scant experience confronting a Fed tightening cycle – have also nosedived in the early days of the year.

Biden’s decision to appoint two Washington and Fed policy veterans to the central bank’s top jobs was in part a vote for continuity and bipartisanship at a critical moment for the U.S. recovery from the pandemic – incomplete in many ways but bedeviled by rising prices, disruptions to the supply chain for goods, and constrained by some workers’ reluctance to take jobs.

Powell, a Republican, and Brainard, a Democrat, are familiar personalities on Capitol Hill who have cleared prior votes in the Senate, worked closely on the Fed’s massive response to the coronavirus crisis, and more lately collaborated on plans to exit those support programs as inflation surged.

But the nominations also signal change. Brainard has been vocal as a Fed governor about the central bank’s need to analyze and ultimately address the potential impact climate change could have on financial institutions, equity values and other aspects of the economy – views that align with Biden and which she would be in a stronger position to advocate as vice chair.

Other coming Fed appointments by Biden, including to the open position of vice chair for financial regulation, are expected to reinforce the importance at the central bank of climate and other issues like the impact of inequality on the economy, and possibly produce the first majority-female Fed board in the central bank’s history.

Republicans may focus questions to Brainard about her climate views; Powell may face tough questions from some Democrats, notably Senator Elizabeth Warren, who has already announced plans to oppose his nomination for what she sees as a too-lax approach to regulating big banks. 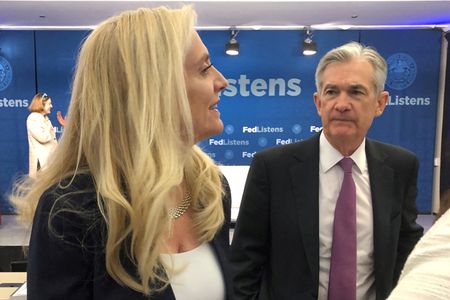 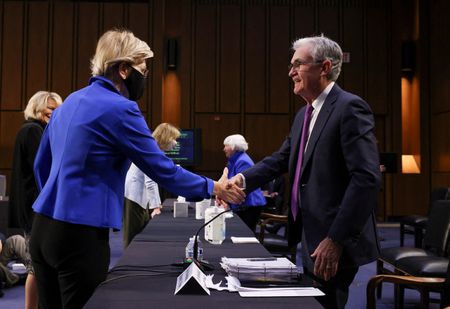 As Lebanon’s banks struggle to raise capital, a deadline looms