Home Business Philip Morris gets over a fifth of Vectura shares in takeover tender...

(Reuters) – Cigarette maker Philip Morris International (PMI) said on Wednesday shareholders holding 22.61% of Vectura shares had tendered their stock to the tobacco group as part of its deal to buy the asthma drug maker for 1.1 billion pounds ($1.51 billion).

The purchase is part of a public tender offer process and comes days after PMI won the backing of Vectura’s board for its 165 pence-per-share takeover offer, following a fierce bidding war against private equity firm Carlyle Group.

PMI, which last week switched its proposal to a takeover offer from a so-called scheme of arrangement to raise its chances, needs the backing of holders of just over 50% of Vectura shares for the deal to go through.

Health groups have raised concerns about the deal, questioning the idea of a tobacco company making money from treating the very illnesses cigarettes cause.

Smoking continues to be a leading cause of preventable deaths worldwide, according to the World Health Organization.

On Tuesday, 35 health groups, experts and anti-smoking charities, including Asthma UK and the British Lung Foundation, urged Vectura shareholders in a letter to reject the deal, citing the “business risks and the moral conflict of the proposed takeover.”

The groups warned that PMI’s takeover would put at risk Vectura’s ability to access government grants from over 180 countries worldwide, who as part of the UN Tobacco Control Treaty have agreed to reduce the tobacco industry’s influence on public health policymaking.

Vectura could also lose crucial links with academic and public health institutions and the ability to publish research in leading medical journals because of their association with a tobacco giant, the signatories said.

“We believe Vectura’s future commercial viability as a company dedicated to improving respiratory health would be seriously jeopardised should the PMI takeover offer proceed,” they said.

Philip Morris was not immediately available to comment on the letter.

Vectura shareholders have until Sept. 15 to decide whether to tender their shares to PMI, which is seeking to acquire the company as part of its evolution into a “smoke-free and healthcare and wellness company.”

(Reporting by Siddharth Cavale and Aby Jose Koilparambil in Bengaluru; editing by Uttaresh.V and Subhranshu Sahu) 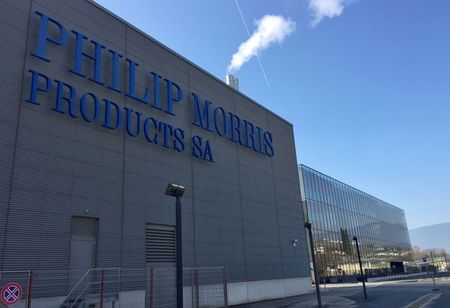 U.S. loan to Kodak will not proceed unless allegations cleared: White...