(Reuters) – Peloton Interactive Inc investors want answers to two questions when the company reports results on Thursday: Will the Delta coronavirus variant drive a new surge in sales, and are customers ready to look past a recall by the exercise bike and treadmill makers?

When it comes to COVID, most analysts say it is too early to predict if the stay-at-home stock will get another pandemic-fueled boost as vaccines could bolster confidence to leave home to work out at gyms. The launch of its new treadmill in the United States next week comes at an opportune time.

Whether due to Delta or delays in workers returning to the office, use of independent gyms was down by 8% compared with pre-pandemic levels while interest in digital workouts and home equipment rose 21%, according to consulting firm ClubIntel.

“If the Delta variant continues to delay the return to normality — and worse yet, if it leads to incremental gym closures come winter time — I do think that could be a positive catalyst for Peloton,” said James Hardiman of Wedbush Securities. He added that “it’s way too early to make that assessment right now.” He downgraded Peloton shares from outperform to neutral on July 14 due partly to uncertain future demand. The stock is down 34% from its high on Jan. 14.

Cowen analyst John Blackledge maintains an outperform rating, noting a survey that suggests consumer attitudes on returning to gyms worsened in July given the rise of the Delta variant, which could drive near-term demand.

Peloton’s new treadmill, analysts say, is key to its next leg of potential sales growth and putting behind acostly recall of its exercise machines over safety reasons.

Peloton’s shares plummeted more than 15% in May after it recalled its Tread+ treadmill. Peloton initially continued to sell the Tread+ despite multiple injuries and a child’s death in March from being pulled under the machine.

“The success of Tread could mark an inflection point, given Peloton to date has relied on the popularity of its Bike and Bike+ products, while treadmills as a category represent a larger market,” Blackledge added.

Peloton is expected to report $922 million in revenue for the fourth quarter that ended June 30, up 52% from a year ago, according to an average of analyst estimates based on Refinitiv data. Net income was expected to be a loss of $137.9 million or 45 cents a share, compared with a profit of $89.1 million or 27 cents a share a year earlier.

Its stock was down 0.5% on Wednesday morning.

Although Peloton has suffered some recent supply chain challenges, it may be equipped to handle a potential boost in demand after investing $100 million to expedite overseas and air shipping from its manufacturing facility in Taiwan. The company is also expected to capitalize on its acquisition of equipment manufacturer Precor and is currently building a new productionplant in Ohio, which will open in 2023.

The company is also expected to announce plans to continue international expansion following its entry into the Australian market in July. According to Loop Capital analyst Daniel Adam, Peloton is just scratching the surface of its possible customer base, with roughly 5.4 million total Peloton members, and 2 million being “connected fitness” subscribers who pay monthly fees in order to use the company’s video workouts and equipment.

As of 2020, the global gym industry was worth $96.7 billion with more than 184 million gym members in total, according to the International Health, Racquet and Sportsclub Association (IHRSA).

In June, Peloton said it expected to sell three times more units in the quarter, which ended June 30, than in the same period in 2019.

“We think there is a massive opportunity ahead of us,” Peloton Chief Financial Officer Jill Woodworth said at an investor conference in early June. 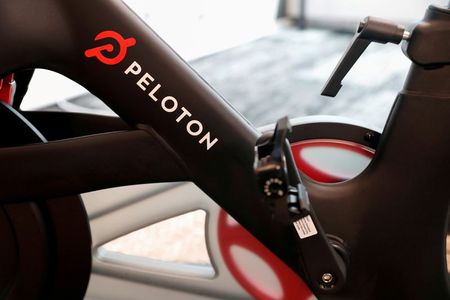 Delta may avoid furloughs after demand for buyouts, other U.S. airlines sound alarm

Analysis: Biden tax increase might not be so bad for big banks