WASHINGTON (Reuters) -U.S. Senate Majority Leader Chuck Schumer said on Friday the Senate would resume consideration of a sweeping package of legislation intended to boost the country’s ability to compete with Chinese technology on June 8.

The Senate had sought to pass the $250 billion measure on Thursday but the legislation was delayed by Republicans who said Schumer and his fellow Democrats had not allowed enough time to consider amendments.

The U.S. Innovation and Competition Act of 2021, or USICA, authorizes about $190 billion for provisions to strengthen U.S. technology in general, plus $54 billion specifically to increase production of semiconductors, microchips and telecommunication equipment.

The legislation also seeks to counter Beijing’s growing global influence through diplomacy, by working with allies and increasing U.S. involvement in international organizations after former President Donald Trump pulled Washington out as part of his “America First” agenda.

The bill was bipartisan and many senators from both parties said they generally supported its substance.

Schumer had sought to pass USICA on Thursday, but it was delayed by partisan political disagreement over how much time was allowed to consider amendments and which amendments would get votes.

For example, Republican Senator Ron Johnson pushed for consideration of his amendment calling for construction of a wall on the U.S. border with Mexico, a central policy goal of Trump’s.

Once it passes the Senate, the bill must also pass the House of Representatives to be sent to the White House for Biden to sign into law. 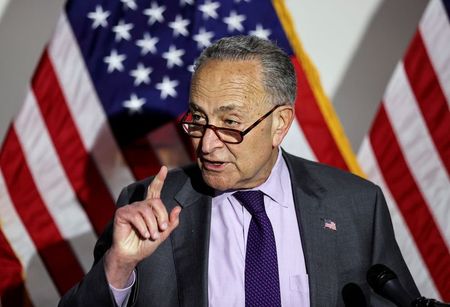 For oil refiners, now is the summer of distillate content

A life and death question for regulators: Is Tesla’s Autopilot safe?

Melio to integrate payments platform with Capital One Business