That said, consumer and home appliances, which benefited from a stay-at-home sales boom during coronavirus lockdowns, still account for a big chunk of revenue.

Operating profit for the three months to Dec. 31 dropped to 73 billion yen ($636 million), far short of a Refinitiv consensus estimate of 107 billion yen.

The industrial conglomerate said the profit margin at the division which houses its consumer and home appliances businesses was squeezed by rises in the cost of iron, copper and other materials.

Other divisions that had to cope with climbs in material prices and component shortages, included its automotive business, which makes sensors and other car components, and its energy business, which has recently benefited from growing battery sales to Tesla.

Its decade-old partnership with Tesla has been yielding a profit since last year as sales of electric vehicles surged. Panasonic is set to begin supplying the U.S. automaker with a new generation of batteries that will lower EV manufacturing costs and could extend vehicle range.

Third-quarter profit was also weighed down by a revaluation of assets and debt related to its $7.1 billion purchase last year of Blue Yonder, a U.S. company that uses machine learning to help companies connect factories to warehouses and retailers. The amount revalued was not disclosed.

Panasonic sold its stake in Tesla for about 400 billion yen to help fund that acquisition.

Panasonic stuck with its full-year forecast for annual profit of 370 billion yen – a figure in line with analysts’ forecasts. 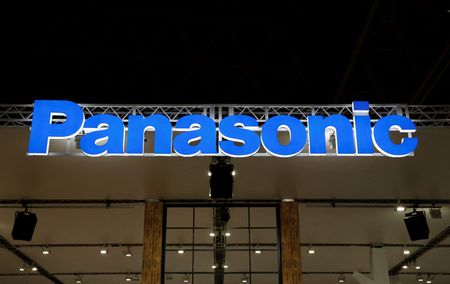