“We will seek revival of the IMF programme, and we will, God willing, do belt tightening, and cut PSDP (Public Sector Development Funds),” Ismail told a news conference in Islamabad.

Ismail said he would be travelling to Washington later in the day to attend an IMF meeting, that will also be attended by Pakistan’s central bank governor Raza Baqir, who is already there.

Pakistan is waiting for the IMF to resume talks on its seventh review of the $6 billion rescue package agreed in July 2019.

If the review is approved, the IMF will release over $900 million and unlock other external funding.

With a yawning current account deficit and foreign reserves falling to as low as $10.8 billion, the South Asian nation is in dire need of external finances.

A new Pakistani government that took over this month from ousted Prime Minister Imran Khan said it was facing enormous economic challenges, with the fiscal deficit likely to exceed 10% of gross domestic product (GDP) at the end of the current financial year in June ahead of presenting the annual budget.

The new government of Prime Minister Shehbaz Sharif also needs to deal with double-digit inflation, and slow growth of the economy, which the IMF said in its latest report was likely to stay at 4% against Pakistan’s earlier projection of 4.8%.

The toughest call is to reverse subsidies in oil and power, and defending a blanket tax amnesty Khan gave in the run up to his fall, which Ismail termed was like “planting mines” for the new government.

Sharif’s government has for now decided not to roll back an estimated 373 billion Pakistani rupees ($2.1 billion) in subsidies despite the strain on public funds, citing the possible backlash if it were to raise fuel prices just days after taking power. 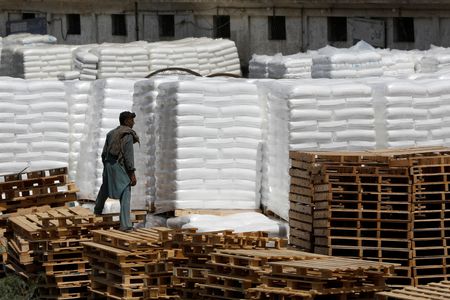