MANILA (Reuters) – The ousted board of the Philippines’ biggest casino said on Monday it is suing Japanese tycoon Kazuo Okada and his partners, accusing them of coercion and other misconduct in what it said was a “violent and illegal” seizure of the gambling resort last week.

In a dramatic turn of events in a long-running dispute over control of Tiger Resort, Leisure & Entertainment which is owned by Japan’s Universal Entertainment Corp, Okada’s camp took physical control of the $3.3 billion casino known as Okada Manila on May 31 with the help of private security guards and local police.

The move came after the Philippines’ Supreme Court in April issued a “status quo ante order”, reinstating Okada, who had been ousted in 2017, as CEO of the casino. That followed a decision by the country’s Court of Appeals in January to dismiss an embezzlement charge against Okada and an associate.

Okada’s group used “brute force and intimidation” in taking over the property on May 31, Michiaki Satate, co-vice chairman of the ousted Tiger Resort board, told a news conference.

“At this moment, it is an illegitimate board and set of officers who are running the business,” Satate said, adding that the casino operator’s parent company would not honour any business dealings conducted by the new board.

Universal, which has seen its shares slide 10% since the takeover, has also called the seizure of the casino an “illegal occupation.”

The lawsuit names as defendants Okada, who was not physically present during the takeover, as well his partners Antonio Cojuangco and Dindo Espeleta and the private security guard company they employed.

They are accused of forcibly removing Universal director Hajime Tokuda from the casino premises and taking him to an area near his home in what the ousted board has called a kidnapping. They are also accused of harming other company officers in grievances that range from “grave coercion” and “unjust vexation”.

Okada, currently in Japan, on Monday remotely addressed the casino’s management in a town hall meeting, committing to the success of the property and greater interaction with the new board.

All charges against Okada and his group “are pure fabrication and have no legal basis whatsoever,” Vincent Lim, spokesperson for Okada Manila’s current management, told Reuters in a statement.

No violent incident occurred during the takeover and further decisions by the Supreme Court could prompt the competing group to stop their accusations, Lim said.

Officials from the Philippine gaming regulator were present at the takeover to monitor the event. The regulator said, however, it wanted to emphasise its neutrality in the dispute as the matter is still before the court.

Okada was also ousted from Universal’s board in 2017, with directors accusing him of misappropriating $20 million in funds, which he has denied.

With 993 suites and villas, 500 table games and 3,000 electronic gaming machines, it is the biggest of four multi-billion dollar casino-resorts operating in the capital of the Philippines, which has one of Asia’s most freewheeling gaming industries. 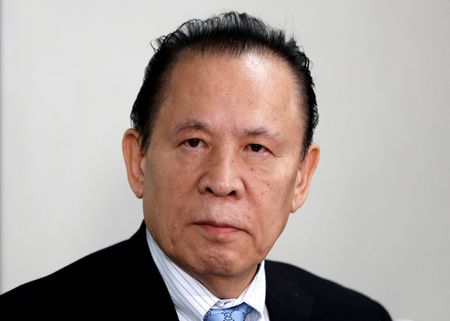