LONDON (Reuters) – OPEC+’s decision this week to stick to its planned increase in oil output for February reflects easing concern of a big surplus in the first quarter, as well as a wish to provide consistent guidance to the market, sources and analysts said.

The producer group, which comprises of the Organization of the Petroleum Exporting Countries with allies including Russia, agreed on Tuesday to raise its output target by 400,000 barrels per day (bpd) in February. (Graphic: Oil market balance in 2022 – January 2022, https://graphics.reuters.com/OIL-OPEC/klvykqgezvg/chart.png)

The United States has urged the group to pump more crude to help the global economic recovery from the pandemic and cool prices as they trade around $80 a barrel. But OPEC+ has said the market did not require extra oil.

During their talks, ministers and officials considered internal OPEC+ data, seen by Reuters ahead of Tuesday’s meeting, which points to a supply surplus of 800,000 bpd in January and 1.3 million bpd in February.

While still a surplus, this is much less than initially feared. In December, OPEC+ internal figures had put January’s surplus at 2 million bpd, increasing to 3 million bpd in February, making it riskier to add more supply.

“The picture has improved since the previous one was taken,” said an OPEC+ delegate, referring to the first quarter market outlook. “Stocks are down.”

Other OPEC+ delegates said the revisions partly stem from OPEC+’s view that the Omicron coronavirus variant will have a low impact on demand and also that the inability of some producers to boost output due to capacity constraints will keep actual supply additions low.

Investors appear to agree on Omicron’s mild impact. Oil prices have climbed to $80 a barrel, almost back to level they were at on Nov. 26 when reports of the new variant first appeared, sparking a more than 10% decline in prices on that day.

“For now, the Omicron risk remains exactly that, a risk. Instead of an outright deeper lockdown impact, market balances will remain somewhat tight for January and February and keep oil prices supported,” said Bjornar Tonhaugen of Rystad Energy.

Speaking on Tuesday after OPEC+ had made its decision, Russian Deputy Prime Minister Alexander Novak said by phone to Rossiya-24 TV channel the group believed that there were uncertainties for now in relation to the spread of Omicron.

“Nevertheless, observations and analysis show that, despite the high level of contagions, the level of hospitalizations is low enough and this does not have an impact on the decrease of the demand,” he said.

Analyst Barbara Lambrecht at Commerzbank warned that sentiment can turn quickly, citing the prospect of Omicron leading to tougher mobility restrictions, although she said: “Everything seems to be running smoothly for OPEC+ at present.”

OPEC+ sources said the group also was keen to stick to previous guidance given to the market – an issue that Novak, who heads Moscow’s OPEC+ delegation, in December had highlighted as important.

Formal talks which began at 1230 GMT were concluded in less than two hours – a relatively short time by OPEC+ standards – and were described as easy and without issues by delegates.

“We need stability,” an OPEC+ source said. “I’m glad we had a smooth start to the year.” 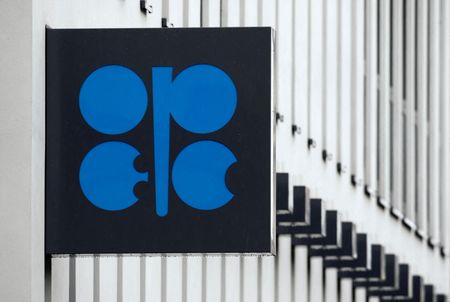 GM sent back to drawing board after most South Korea union...