(Reuters) -Lululemon Athletica Inc said on Monday the Omicron coronavirus variant had dented its holiday-quarter performance, pushing the yoga-wear maker to cut staff and store hours during the busiest shopping period of the year, sending its shares down about 5%.

Omicron has further hurt the retail sector that has been grappling with shipping delays and product shortages due to an overburdened supply chain.

Lululemon, which had a strong start to the holiday season, has been affected by several Omicron-driven shortfalls, including increased capacity constraints and reduced store hours in some locations, Chief Executive Calvin McDonald said.

“Lululemon has consistently smashed sales and earnings expectations over the past three years, so it is surprising to see any sort of weakness,” Morningstar analyst David Swartz said, noting that rival Dick’s Sporting Goods Inc preannounced solid holiday results.

“…we have concerns that the massive amount of low-priced competition is beginning to have some impact,” Swartz added.

The Vancouver, Canada-based company said it now expects fourth-quarter net revenue to be toward the low end of its previous forecast of $2.13 billion to $2.17 billion.

It also expects quarterly adjusted profit per share to be toward the low end of its earlier outlook of $3.25 to $3.32.

Analysts on average had estimated Lululemon to post a profit of $3.34 per share on revenue of $2.17 billion for the holiday quarter.

(Reporting by Uday Sampath and Deborah Sophia in Bengaluru; Editing by Shinjini Ganguli and Vinay Dwivedi) 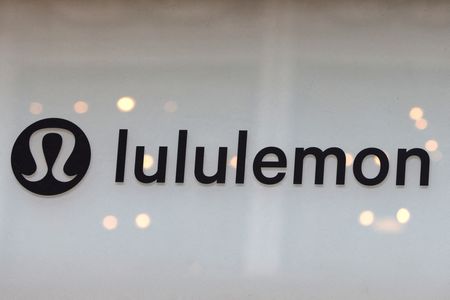