NEW YORK (Reuters) -Oil prices rose on Tuesday, settling at the highest in more than two years after the top U.S. diplomat said that even if the United States were to reach a nuclear deal with Iran, hundreds of U.S. sanctions on Tehran would remain in place.

That could mean additional Iranian oil supply would not be re-introduced into the market soon.

“I would anticipate that even in the event of a return to compliance with the JCPOA (2015 Joint Comprehensive Plan of Action), hundreds of sanctions will remain in place, including sanctions imposed by the Trump administration,” U.S. Secretary of State Antony Blinken said.

“Blinken is looking at the reality of the situation and saying even if we do get a deal, there’s a long way to go,” said Phil Flynn, senior analyst at Price Futures Group in Chicago. “All those people expecting a flood of oil are going to be disappointed.”

The United States told Iran on Tuesday that it must let the U.N. atomic agency continue to monitor its activities, as laid out in an agreement that has been extended until June 24, or put wider talks on reviving the Iran nuclear deal at risk.

Barriers to the revival of Iran’s nuclear deal remain ahead of talks due to resume this week between Tehran and world powers, four diplomats, two Iranian officials and two analysts told Reuters.

Futures were pressured by data showing China’s crude imports were down 14.6% in May from a year earlier.

Crude prices have risen in recent weeks, with Brent up by nearly 40% this year and WTI even more on expectations of demand returning as some countries vaccinate populations against COVID-19.

Restraint on supply by the Organization of the Petroleum Exporting Countries and allies has also buttressed prices.

U.S. crude oil production is expected to fall by 230,000 barrels per day (bpd) in 2021 to 11.08 million bpd, the U.S. Energy Information Administration (EIA) said, a smaller decline than it forecast last month.

“The fundamental environment on the oil market remains favourable: fuel demand is recovering strongly not only in the United States, but also in Europe following the (partial) lifting of restrictions,” Commerzbank said.

Some still question the demand recovery’s trajectory. For instance, some doubt Britain, one of the most vaccinated countries in the world, will lift all restrictions as previously planned on June 21. 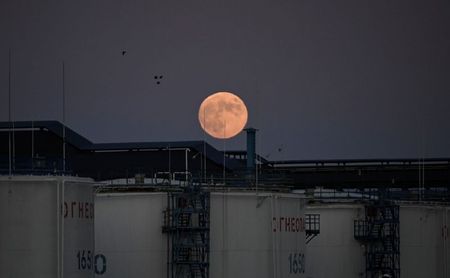 China to ease share buyback rules amid a sluggish market