NEW YORK (Reuters) -Oil prices hit two-month highs on Wednesday on tight supply as crude inventories in the United States, the world’s top consumer, fell to their lowest since 2018, and as the dollar weakened and worries eased about the Omicron coronavirus variant.

“The crude draw was bigger than expected despite a material drop in refining activity,” said Matt Smith, lead oil analyst for the Americas at Kpler, a data firm.

The falling dollar was the main driver of higher oil prices, overtaking even the EIA draw, Kpler’s Smith said. A weaker greenback makes dollar-denominated oil contracts cheaper for holders of other currencies.

The dollar fell to a fresh two-month low against a basket of currencies after data showed U.S. consumer prices rose solidly in December. [USD/]

The Brent contract was in backwardation, with front-month delivery around $4.41 more expensive than delivery in six months, indicating tight near-term supply.

U.S. crude inventories have dropped for seven consecutive weeks, and overall inventories have been tightening across the globe as major producers struggle to increase supply even as demand rises despite rising cases of Omicron.

OPEC+ producers, the Organization of the Petroleum Exporting Countries and its allies, are still holding back more than 3 million barrels per day (bpd) in output while Iranian exports are pinned back by U.S. sanctions.

Though OPEC+ is raising output targets each month, technical difficulties have prevented several countries from hitting their quotas.

U.S. Federal Reserve Chairman Jerome Powell said the U.S. economy should weather the current COVID-19 surge with only “short-lived” impact and is ready for the start of tighter monetary policy.

“There are plenty of variable outcomes in the previous sentence, the biggest threat being Omicron in China, India and Indonesia.” 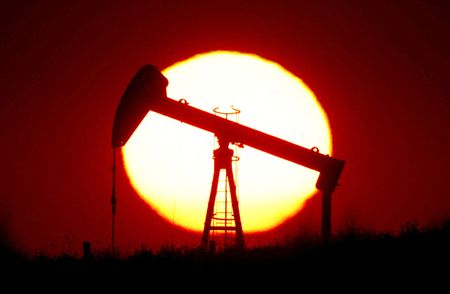 BOJ may start debate on retreat from stimulus in 2023, says ex-central bank policymaker

Delta sees place for Boeing’s 737 MAX jet in its fleet...