Most Fed watchers had expected the U.S. central bank to hike rates by 50 basis points at its meeting on Wednesday. But after Friday’s surprisingly strong consumer price index (CPI) data for May, more expect a rate hike of 75 basis points.

“This fear of an even greater basis point hike is driving down equities and oil,” said John Kilduff, partner at Again Capital LLC in New York.

The bill would apply a 21% additional tax on excess profits of oil and gas companies with more than $1 billion in annual revenue, the aide said.

Tight supply has been aggravated by a drop in exports from Libya amid a political crisis that has hit output and ports.

Other OPEC+ producers are struggling to meet production quotas and Russia faces bans on its oil over the war in Ukraine.

The U.S. Department of Energy (DOE) also announced the fourth Notice of Sale of 45 million barrels of crude oil from the Strategic Petroleum Reserve.

UBS raised its Brent price forecast to $130 a barrel for end-September and to $125 for the subsequent three quarters, up from $115 previously.

“Low oil inventories, dwindling spare capacity, and the risk of supply growth lagging demand growth over the coming months have prompted us to raise our oil price forecast,” the bank said.

The market awaited weekly reports from the American Petroleum Institute on Tuesday and the U.S. Energy Information Administration on Wednesday for U.S. crude and fuel inventory data.

Six analysts polled by Reuters forecast U.S. crude inventories to have fallen by 1.2 million barrels last week, while gasoline stockpiles rose 800,000 barrels and distillate inventories, which include diesel and heating oil, were unchanged.

On the demand side, China’s latest COVID outbreak traced to a bar in Beijing has raised fears of a new phase of lockdowns.

In its monthly report, the Organization of the Petroleum Exporting Countries kept to its forecast that world oil demand will exceed pre-pandemic levels in 2022, but said Russia’s invasion of Ukraine and developments related to the coronavirus pandemic pose a considerable risk.

The group sees demand growth slowing next year, OPEC delegates and industry sources told Reuters, as surging oil prices help drive up inflation and act as a drag on the global economy. 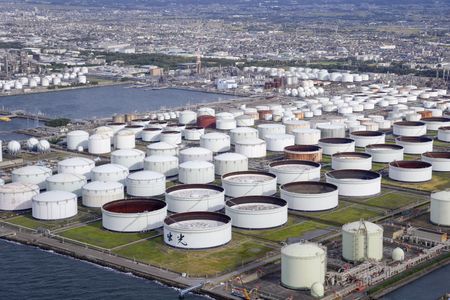 Tesla’s Roadster shipment to be delayed to 2023, says Musk

Bitcoin bounces off six month lows as buyers step in