NEW YORK (Reuters) – Oil prices closed out their biggest week of losses in more than nine months with another down day on Friday, as investors sold futures in anticipation of weakened fuel demand worldwide due to a surge in COVID-19 cases.

The crude market has now posted seven consecutive days of losses. Numerous nations worldwide are responding to the rising infection rate due to the coronavirus Delta variant by adding travel restrictions to cut off the spread.

China has imposed stricter disinfection methods at ports, causing congestion, nations including Australia have ratcheted up travel restrictions, and global jet fuel demand is softening after improving for most of the summer.

“It’s hard for prices to find support with this kind of uncertainty,” said John Kilduff, partner at Again Capital LLP in New York.

“They are acting severely for minimal outbreaks, which is a direct threat for the demand profile there,” Kilduff said.

While the Delta variant drags on fuel demand, supply is steadily increasing. U.S. production rose to 11.4 million barrels per day in the most recent week, and drilling firms added rigs for the third week in a row, services company Baker Hughes said.

The Organization of the Petroleum Exporting Countries and its allies are slowly boosting supply that had been shut early in the pandemic.

Futures contracts suggest that the market expects plenty of supply in coming months. The premium for the front month Brent contract over the third-month contract has nearly halved between late July and now, indicating that near-term supply will not be as tight as the market had expected.

“The oil market has quickly noticed that the Delta variant is a growing problem and a potential hurdle to a mobility/fuel demand recovery,” Francisco Blanch, Bank of America commodity & derivative strategist, said in a note. 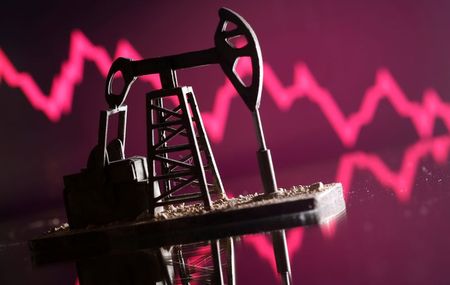 Explainer: Beijing doubles down on rooting out crypto in China