Traders said losses were limited by the slow return of U.S. output after Hurricane Ida and higher than expected U.S. gasoline demand.

China’s state reserves administration said it would release crude reserves to the market in phases via public auction to ease pressure of high costs on domestic refiners.

“The oil market is in deficit but this China story could disrupt it staying in deficit for the rest of the year,” said Edward Moya, senior market analyst at OANDA.

“The gasoline demand number is sky high and that has been the pattern all season,” said John Kilduff, partner at Again Capital LLC in New York, noting “These are unbelievable numbers for this time of year.”

U.S. production, meanwhile, fell from 11.5 million barrels per day (bpd) in the week to Aug. 27 to 10.0 million bpd during the week ended Sept. 3 due to ongoing output declines in the Gulf of Mexico area from Hurricane Ida.

Royal Dutch Shell Plc declared force majeure on several contracts due to damage to offshore facilities in the Gulf of Mexico after Ida.

The Gulf’s offshore wells account for about 17% of U.S. output. Some 1.4 million bpd of crude production was still shut-in.

Prices were also pressured by the EIA on Wednesday cutting its 2021 global oil demand growth forecast.

In other U.S. news, the number of Americans filing new claims for jobless benefits fell last week to the lowest level in nearly 18 months, more evidence of labor shortages.

With U.S. COVID-19 cases surging among the unvaccinated, President Joe Biden will outline new approaches to control the pandemic in a speech on Thursday, including a requirement that all federal employees get vaccinated. 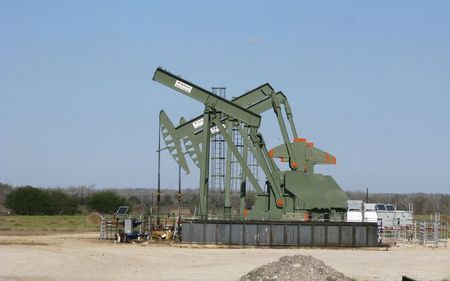