“We are going to get there sooner than we expected,” Hollub told analysts on a call to comment on the company’s third-quarter results.

It used cash from this year’s higher commodity prices to repay $4.3 billion of long-term debt in the third quarter, bringing it down to $31 billion. Occidental aims to pare debt below the $25 billion target, she said.

The company, which earlier this week declared a quarterly dividend of a penny per share on common stock, did not specify by how much its dividends would increase.

Shares fell 1% to $33.44 in afternoon trading after Hollub ruled out resuming buybacks, saying repurchases are “a longer-term possibility for us” but will not come in “the nearest term.”

Occidental is the only producer “not giving meaningful cash returns back to investors” as oil prices approach a seven-year high, despite a “pretty material” potential to do so after raising its free cash flow yield, Bank of America analyst Douglas Leggate said on Friday.

The company can increase dividends without significant production growth in the coming years, Hollub said. Oil prices could remain well above $50 to $60 per barrel for up to five years, she said during a Federal Reserve energy conference on Friday.

Occidental production is expected to stay at 1.14 million barrels of oil and gas per day (bpd) in the fourth quarter, from 1.16 million bpd in the previous three months.

Capital spending is expected to increase in the fourth quarter due to maintenance activities in the company’s three business segments, it said.

Its profit more than doubled to $836 million in the third quarter from the previous three months, beating market estimates. 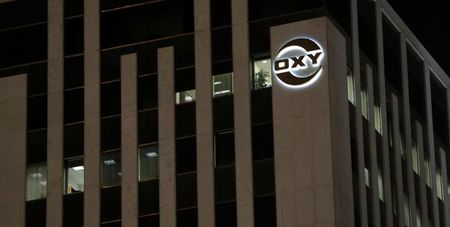